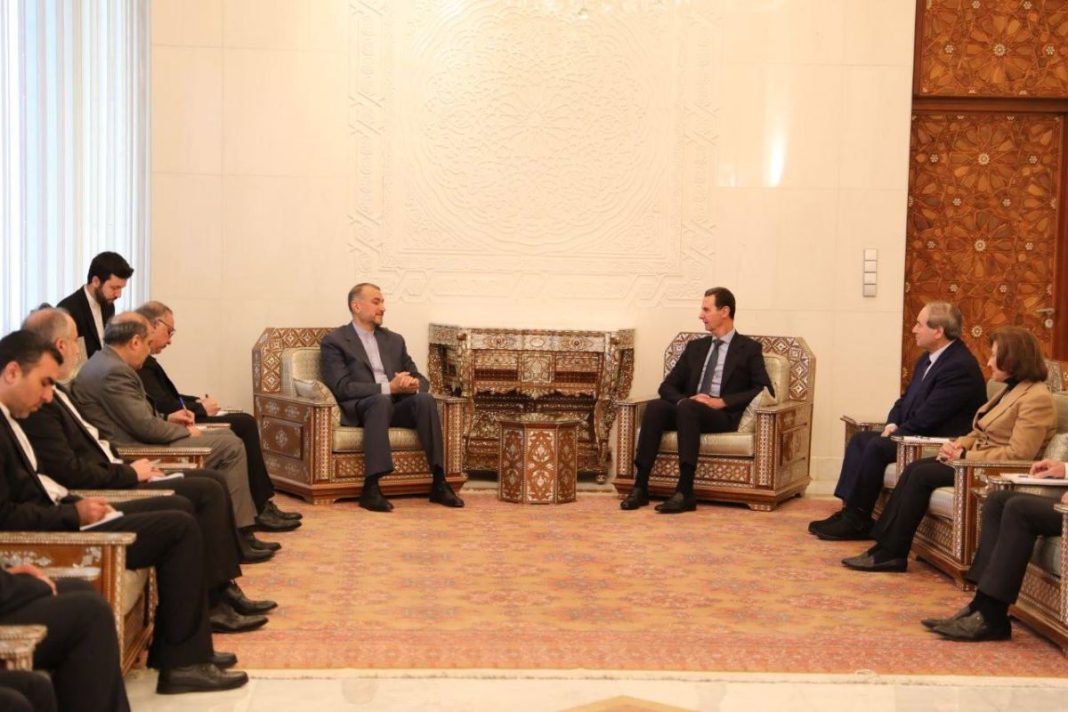 The Iranian foreign minister, in a meeting with Syrian President Bashar al-Assad in Damascus, reaffirmed Tehran’s support for Syria, stressing that the Islamic Republic of Iran considers Syria’s security and progress as its own.

At the beginning of his visit to Syria, Iranian Foreign Minister Hossein Amriabdollahian met with Syrian President Bashar al-Assad.

The Iranian foreign minister pointed to good and close consultations and cooperation between the two countries and said his visit to Syria was aimed at continuing and completing exchanges of views between Tehran and Damascus over issues of mutual interest at bilateral, regional and international levels.

Amirabdollahian stressed that the Islamic Republic of Iran has always put emphasis on political solution instead of war, and, as a result, Tehran welcomes the positive developments in the political ties of Syria with other countries.

Referring to the Syrian president invitation of his Iranian counterpart and joint planning for the visit by the Iranian President Ebrahim Raisi to Damascus, Amriabdollahian expressed confidence that the trip will pave the way for further bolstering relations between the two nations in different spheres.

The top Iranian diplomat added the Islamic Republic of Iran is ready for drawing up and signing a comprehensive plan for long-term cooperation with Syria.

He also emphasized the importance of President Raisi’s upcoming visit to Syria, noting that Damascus is ready and firmly resolved to make joint efforts and help make the visit as much successful as possible.