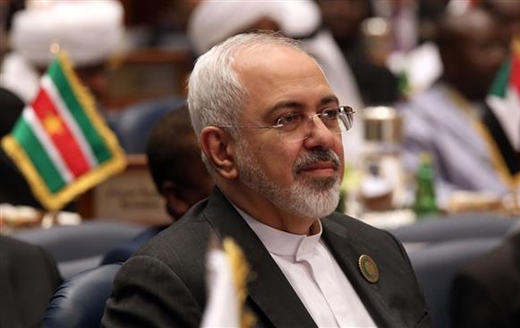 Iran has slammed Saudi Arabia’s "destructive" move to include statements against the Islamic Republic and Lebanon’s Hezbollah resistance movement in the draft declaration of the 13th summit of the Organization of Islamic Cooperation (OIC).

Iranian Foreign Minister Mohammad Javad Zarif said Wednesday that Riyadh’s efforts for the inclusion of four paragraphs in the draft declaration against Iran and one more against Hezbollah were against the “spirit of Islamic solidarity” which can only serve the interests of the Israeli regime, IRNA reported.

The draft was prepared during an expert-level OIC meeting in February in the Saudi port city of Jaddah, which the Iranian officials could not attend as they were denied visas by Riyadh.

Zarif warned that attempts by the Saudis to use the OIC mechanism to achieve their political goals resemble efforts by the former regime of Iraq’s Saddam Hussein against Iran during the organization’s meeting at the time of Iraq’s imposed war against Iran in the 1980s.

The Iranian foreign minister stated that members of the OIC should “learn the lesson” from those experiences and refrain from adopting “failed policies.”

For years, Iran and Saudi Arabia have been at odds over an array of issues in the Middle East, including the situation in Lebanon, Syria, Yemen and Bahrain. The rift, however, widened in January after the Saudi regime executed Sheikh Nimr Baqir al-Nimr, a prominent Shia cleric and an outspoken critic of the Riyadh government. The move sparked massive protests across the Muslim world, including in Iran, where some angry protesters attacked Saudi embassy in Tehran and the consulate in the northeastern city of Mashhad, following which Saudis cut off all diplomatic relations with Tehran.

Zarif said Saudi Arabia is continuing to “make excuses” out of the incidents that happened at its diplomatic missions in Iran, adding that Iran has openly condemned those events.

The Iranian top diplomat, however, noted that despite “destructive efforts” by some OIC members, Iran has always sought improved relations with the neighboring countries.

Zarif also condemned a paragraph proposed in the OIC draft declaration against Hezbollah, saying the move only pleases Israel.