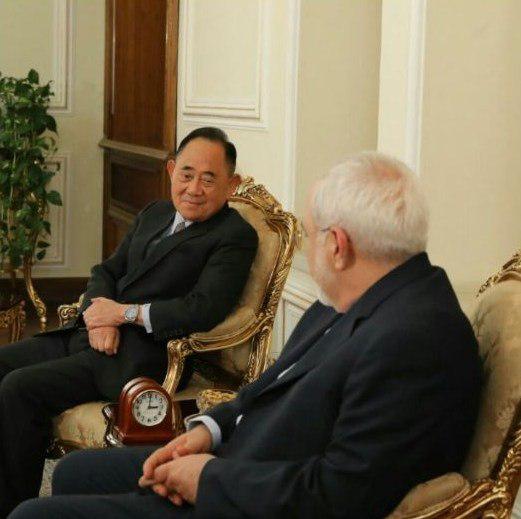 Iranian Foreign Minister Mohammad Javad Zarif has discussed issues of mutual interest with Jose de Venecia, the special envoy of the president of the Philippines.

During the Sunday meeting held in Tehran, the two sides underlined the reinforcement and promotion of bilateral ties between Tehran and Manila, particularly in the fields of economy, energy, and petrochemistry.

De Venecia, who is also the Chairman of International Conference of Asian Political Parties (ICAPP), also conferred with Zarif on the development of cooperation between Asian political parties.

Diplomatic relations between Tehran and Manila started on January 22, 1964.

As of February 2016, Iran has been one of the six nations with which the Philippines has a Joint Economic Commission at a ministerial level.

There is a community of thousands of Iranians in the Philippines including many international students drawn by the country’s low-cost English education.

On the other hand, many Filipino maritime labourers are working in Iran, particularly in the Persian Gulf island of Kish. The two sides have agreed to ensure better labour conditions for these workers. Manila has also expressed its preparedness to open a consulate in Kish considering the huge number of its nationals working in the island.