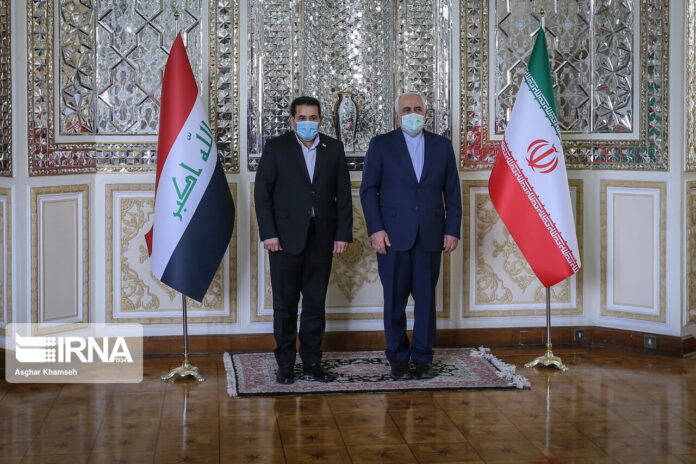 In the Monday meeting, Zarif highlighted that Iran’s priority is to boost its relations with neighbouring countries, describing Iraq as a country which has numerous and growing bonds with the Islamic Republic of Iran.

Zarif reiterated that regional security should be ensured by countries in the region, adding foreign troops should leave the region.

He also stressed the importance of following up on the case of Lieutenant General Qassem Soleimani and Abu Mahdi al-Muhandis, who were assassinated in Iraq by the United States over a year ago.

“Our Iraqi brothers clearly realize the importance of pursuing the case of martyrs Soleimani and Abu Mahdi al-Muhandis, and we, too, stress that Iraq follow up on the issue, and Tehran-Baghdad cooperation can further expand in that regard,” Zarif added.

The Iraqi national security advisor, in turn, said his country is determined to further expand its relations with Iran on all fronts.

He also expressed his gratitude to Iran for offering support to Iraq in different areas.