Iran FM in Islamabad Calls for Free Trade with Pakistan 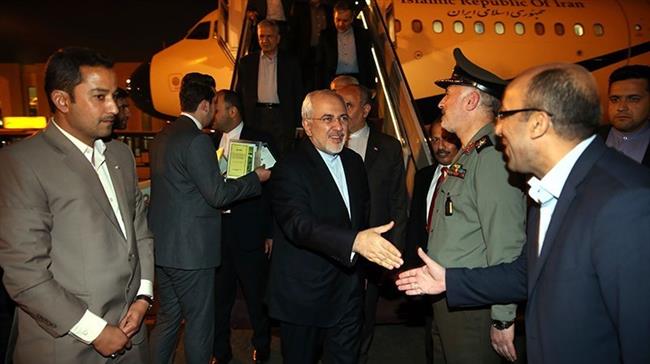 The Iranian top diplomat arrived in Islamabad on Sunday at the head of a high-ranking politico-economic delegation.

After attending political and economic gatherings in the Pakistani capital during the three-day visit, which is especially geared towards enhancing bilateral trade, Zarif is expected to travel to the business and industrial hub of Karachi, where further economic talks have been scheduled.

Zarif pointed to the notable increase over the recent years in the volume of bilateral trade, adding, however, that “the area still contains more capacities.”

The trip is Zarif’s seventh to Pakistan in his capacity as foreign minister.

The last visit in May featured talks aimed at boosting border security following an attack on the common border that killed 10 Iranian guards.