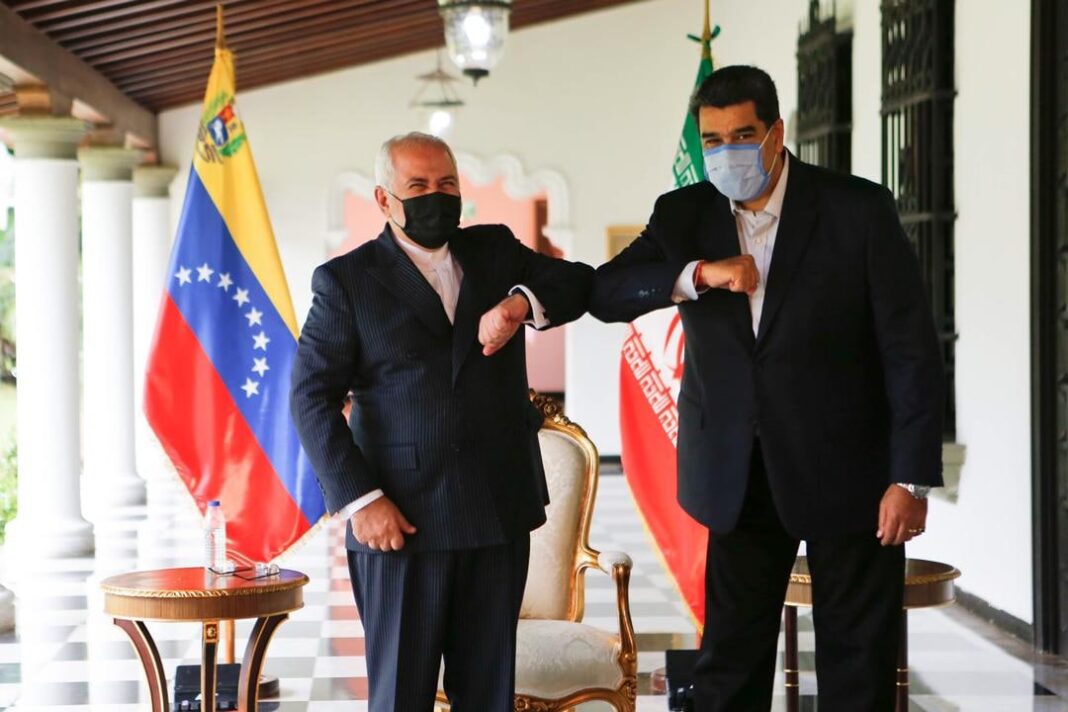 Before meeting Maduro, Zarif had conferred with his Venezuelan counterpart on bilateral, regional, and international issues.

After the meeting, the two top diplomats spoke to reporters about their views on bilateral cooperation and the future of relations between Iran and Venezuela.

Earlier in the day, Zarif attended a joint panel with his Venezuelan counterpart at Samuel Robinson Institute.

In an address to the panel, entitled “Venezuela and Iran in Defence of the Emerging Modern World”, Zarif elaborated on his views in this regard.

Iran believes the US government no longer can “control what’s happening in the world” or show other countries how to protect citizens’ rights, the Iranian foreign minister said in the panel.

Speaking two days after the US presidential election, Zarif said the era of “Western hegemony had ended” as he praised Maduro for resisting a US-coordinated campaign to oust him.

Venezuelan Foreign Minister Jorge Arreaza, in turn, described Venezuela’s relationship with Iran as being at its “climax” and said the Maduro administration could in future acquire Iranian weapons if it was considered necessary.