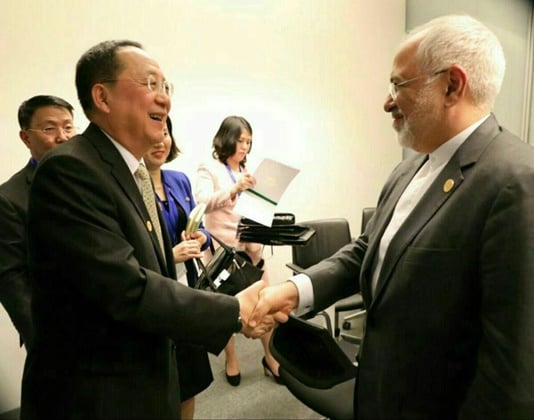 Iran’s Foreign Minister Mohammad Javad Zarif has met a number of his counterparts from across the world on the sidelines of the ministerial conference of the Non-Aligned Movement in Azerbaijan’s capital Baku.

The top Iranian diplomat also met the heads of Syrian and Cuban delegations and the head of United Nations General Assembly.

Zarif and the officials discussed bilateral relations, international issues and those related to the Non-Aligned Movement.