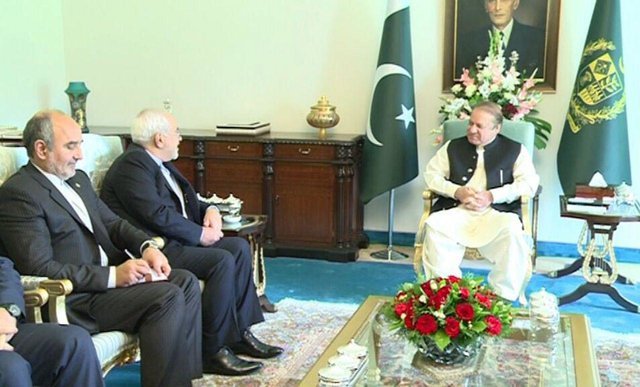 Zarif arrived in Islamabad on Wednesday a few days after at least 9 Iranian border guards were killed by Pakistan-based terrorists near southeastern borders.

Both sides in the meeting agreed to enhance mutual cooperation to solve border issues and stop terrorist activities on border areas, IRNA reported.

Nawaz Sharif also voiced his satisfaction over the growing ties between the two states, and expressed the hope that Tehran and Islamabad will continue to expand economic interaction for promoting mutually beneficial cooperation in the areas of trade and investment. 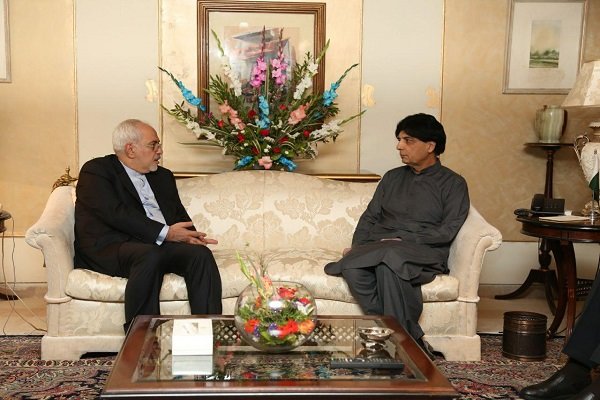 Zarif had earlier called on Pakistan to capture and bring to justice the perpetrators of the last week’s terrorist attack in a meeting with Pakistan’s Interior Minister Chaudhry Nisar Ali Khan.

He also urged Pakistan to push hard for the fight against terrorism and to prosecute and punish perpetrators of the attack.

For his part, Khan expressed condolences to Iran over the deaths of Iranian border guards in the terrorist attack, saying Islamabad is ready to resolve the problems through contacts with Iranian political, military, and local officials, Tasnim reported.

Pakistan wants to let the world know that Islamabad and Tehran will always side with each other and settle problems together, he added.

During the meeting, Zarif and Khan discussed joint action between the two Muslim neighbours in the fight against narcotics trafficking, illegal cross-border travels, and terrorism. 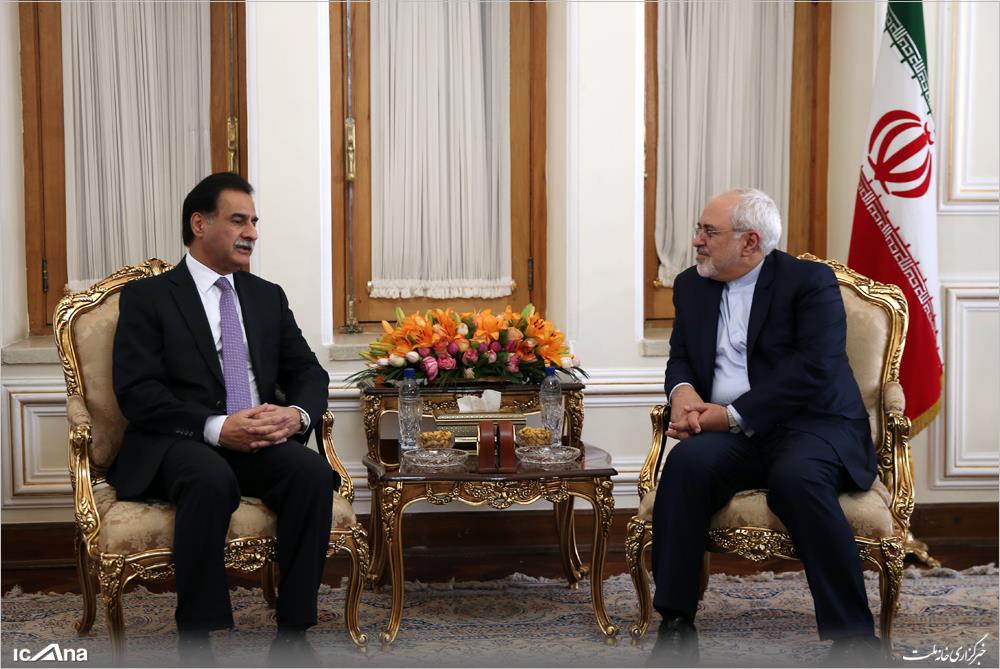 The Iranian top diplomat also met Pakistani National Assembly Speaker Sardar Ayaz Sadiq later in the day. The Pakistani speaker also expressed regret over the recent cross-border attack and stressed his country’s preparedness to cooperate with Tehran in preventing such incidents and fighting against terrorism.

“On issues related to borders, we are fully ready to prevent the bitter and unpleasant border incidents between the two countries in cooperation and coordination with Iran,” Ayaz Sadiq said.

He also underscored his country’s preparedness to cooperate with Iran in the fight against terrorism.

“Iran is one of the most important countries for Pakistan and we, as two neighbouring, Muslim and friendly states can have the best and most cooperation,” Ayaz Sadiq said, as reported by Fars.

During the meeting, both sides also emphasized on the need for the Iranian and Pakistani military and police officials to tighten cooperation in the campaign against terrorism and adoption of preventive measures in this regard.

Last Wednesday, nine Iranian border guards were killed and two others injured in clashes near the Iranian town of Mirjaveh. Another guard was reportedly taken hostage by terrorists after being wounded. The Jaish ul-Adl terrorist group in a statement claimed responsibility for the attack.