Iran FM: Good deal within reach in Vienna if there’s serious will 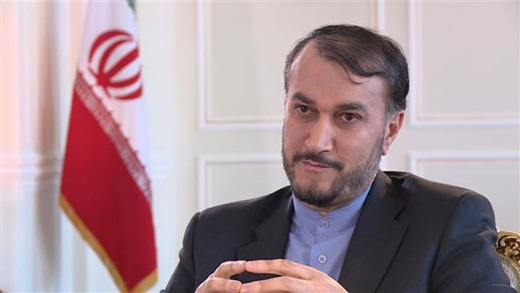 Iranian Foreign Minister Hossein Amir-Abdollahian says a good deal can be reached between Tehran and the P4+1 group of countries in Vienna if there is serious determination on the part of all sides.

Amir-Abdollahian on Sunday described as “positive” and “forward-moving” the talks underway in Vienna to revitalize the 2015 multilateral nuclear deal, which has been in trouble since 2018 due to America’s withdrawal.

“To us, it is definitely important to defend our country’s rights and interests. Negotiation is about giving something and taking something in exchange. If we have serious determination, we can reach a good deal in the shortest time possible,” he said.

The chief diplomat, however, said Iran was not seeking to prolong the talks with the P4+1 states, namely France, Britain, Germany, Russia and China.
He also expressed satisfaction with the current state of progress in the talks and said the US had certain unacceptable demands earlier in the course of the diplomatic progress.

“Today, however, we believe that the American side has adapted itself to the realities on the ground in non-papers,” he said.
Similarly, France was playing the “bad cop” role earlier in the talks, but it is today behaving rationally, Amir-Abdollahian added.
“In the end, a good deal is one with which everyone feels satisfied,” he said.

The minister said the proposals that Iran had put forward in the discussions were transparent, and that it was now the opposite parties, especially the Western side, that should show goodwill.