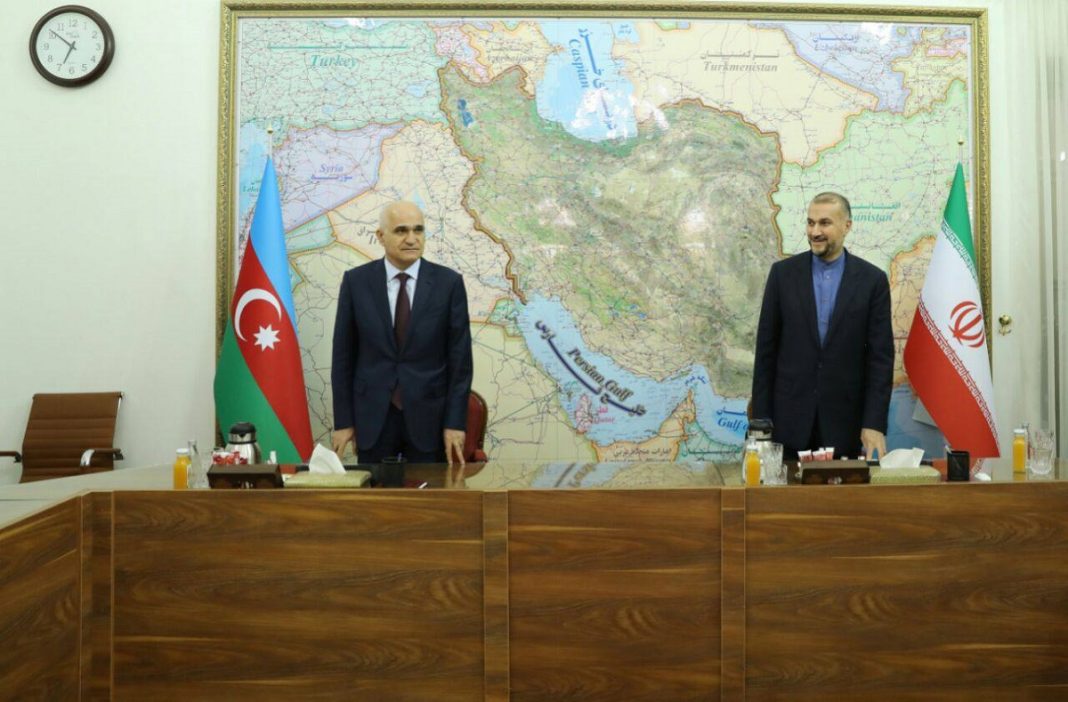 The top Iranian diplomat described the energy and transportation sectors as two major pillars for expansion of economic cooperation between Iran and Azerbaijan Republic.

Hossein Amir Abdollahian, in a meeting with Azerbaijani Deputy Prime Minister Shahin Mustafayev in Tehran, underlined the need for using the higher existing capacities for cooperation in different areas.

Shahin Mustafayev is the head of the Azeri side of the country’s joint commission of economic cooperation with Iran. He visited Tehran for the purpose of pursuing the agreements of the economic commission and joint economic projects in different fields.

In the meeting, Amir Abdollahian said the exchange of delegations by the two countries and the simultaneous presence of the deputy speaker of Iran’s parliament in Baku and Shahin Mustafayev in Tehran all show that the two counties are determined to expand cooperation in different fields.

The Iranian foreign minister underlined the need for increased efforts to speed up expansion of ties given that the presidents of the two countries have demanded bilateral cooperation be deepened.

Amir Abdollahian also spoke about the necessity of facilitating visits by nationals of Iran and Azerbaijan given the relative control and containment of Covid-19 and also the need for financial exchanges and cooperation in border provinces.

Azeri Deputy Prime Minister Shahin Mustafayev also outlined the latest developments regarding the implementation of agreements at the joint commission of economic cooperation and the joint economic projects in the energy and transportation sectors.