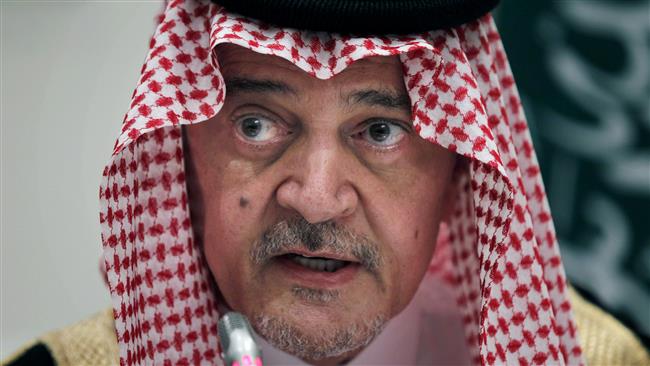 Iran's Foreign Minister Mohammad Javad Zarif cancelled his planned visit to Saudi Arabia after his Saudi counterpart expressed baseless allegations against the Islamic Republic with regard to Syria, a top Iranian diplomat says.

“We were making preparations for Zarif’s visit to Saudi Arabia and a schedule had been set for his trip, but unfortunately, sharp and unexpected remarks of Saudi foreign minister [Saud al-Faisal] prevented this visit,” Iran’s Deputy Foreign Minister for Arab and African Affairs Hossein Amir-Abdollahian said.

Amir-Abdollahian was alluding to last October’s remarks by Faisal who allegedly described Iran as “part of the problem, not the solution” in Syria. At that time, Tehran responded by saying that no other country in the Middle East region has been more committed than Iran to the fight against terrorism.

“Over the past couple of months, we witnessed some progress in our diplomatic talks with Saudi Arabia, but Saudi Arabia behaved in a way that was not favorable to the Islamic Republic of Iran and such behaviors stir concerns in the region,” Amir-Abdollahian added.

The Iranian diplomat advised Saudi officials to revise their current policies so that they would help “solidarity and unity” in the region.

Iran and Saudi Arabia are divided on a number of regional issues such as the situation in Syria and Bahrain.

Tehran has always been critical of Riyadh’s support for the heavy-handed crackdown of the Bahraini regime on peaceful protesters.

Riyadh also supports militants fighting the Syrian government, while Iran stresses the importance of resolving the crisis in Syria through political approaches.