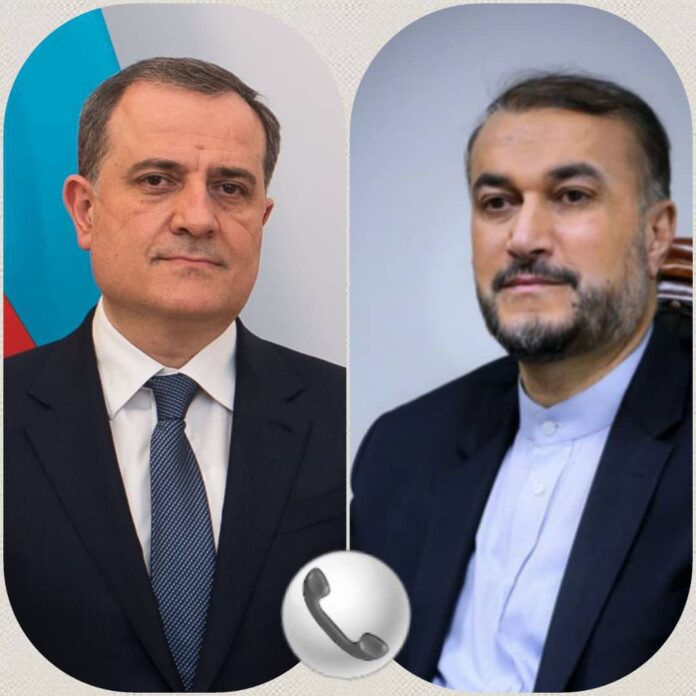 The Iranian foreign minister, in a phone conversation with his Azerbaijani counterpart, urged Baku to facilitate the movement of the Iranian trucks in border areas between the two countries.

Hossein Amir Abdollahian described the recent release of the two Iranian truck drivers as a positive step by the Republiuc of Azerbaijan.

In this conversation, Amir Abdollahian referred to the recent constructive contacts between the two ministers, praising the Republic of Azerbaijan for the release of two Iranian drivers detained in the country.

The Iranian foreign minister described the move as a constructive step that can provide the necessary room to resolve misunderstandings.

He also called for more positive steps and urged Baku to facilitate the movement of Iranian trucks in border areas with the Republic of Azerbaijan.

Amir Abdollahian emphasized the need to adopt a positive approach and look to the future by the two countries and said the joint economic commission of Iran and the Republic of Azerbaijan should be activated as soon as possible.

Iran’s foreign minister noted that Tehran is determined to further expand and deepen bilateral relations with Baku. Azerbaijani Foreign Minister Jeyhun Bayramov also welcomed the positive steps taken by the two countries to resolve the misunderstandings. He described the release of the two Iranian drivers and Iran’s move to order relevant organizations in the Islamic Republic regarding border traffic laws as a message from both sides to resolve misunderstandings.

The top Azerbaijani diplomat also noted that the definition of joint economic projects between the two countries has positive effects for the activation of their joint economic commission.

At the end of the conversation, the two sides agreed to continue consultations.