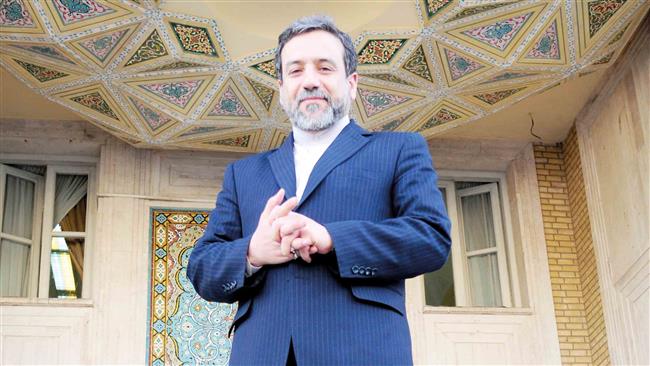 The ministerial summit on Syria was held in Vienna on October 30. Apart from the Islamic Republic and Saudi Arabia, foreign ministers and representatives from the United States, Turkey, France, Germany, Egypt, Russia, Jordan, the UK, Qatar, the United Arab Emirates (UAE), Iraq, Lebanon, China and Oman also attended the talks.

Envoys from the United Nations (UN) and the European Union (EU) were also present at the talks.

“There was much give-and-take [during the talks]; and the conversations between us and Saudi Arabia were tense, and voices were raised,” said Abbas Araqchi, Iran’s deputy foreign minister for legal and international affairs, in an interview on Monday night.

“At one point” said Araqchi, “there was a quarrel between… Zarif and Adel al-Jubeir, the Saudi foreign minister.”

Referring to Zarif’s efforts to establish the Islamic Republic’s viewpoints in the final communiqué of the summit, Araqchi said, “Had the preliminary draft been published, one would have seen how different it was from the final text, where our principled demands can be seen.”

“The foreign minister of one of the countries even declared angrily that ‘It seems we are here to bring about the realization of Zarif’s demands,” Araqchi said. “Everyone admitted that Mr. Zarif’s demands were being met.”

‘Nothing will happen without Iran’

In a joint statement at the end of the Vienna talks, the participants called for a nation-wide truce in Syria. They said “substantial differences” remained but stressed the need to “accelerate all diplomatic efforts” to end the conflict in Syria.

In the statement, the participants called on the United Nations (UN) to bring together the representatives of the Syrian government and opposition to launch “a political process leading to credible, inclusive, non-sectarian governance, followed by a new constitution and elections.”

“The reality on the ground is that if Iran’s demands – which are rooted in the legitimate outlook of the Syrian people – are not met, nothing will happen” regarding the resolution of the Syrian crisis, Araqchi said.

Iran’s diplomatic scope and capabilities as well as the Islamic Republic’s confidence in that area following the conclusion of the agreement between the country and the P5+1 resulted in Iran being the main actor in the Syria talks, he added.

Araqchi made the remarks in an interview aired on the Islamic Republic of Iran Broadcasting (IRIB)’s Channel 2.

Previous talks on Syria, mediated by the UN and dubbed Geneva I and II, failed to find a solution to end the conflict in the Arab country. Iran had not been invited to any of the talks.

The foreign-sponsored conflict in Syria, which flared in March 2011, has claimed the lives of more than 250,000 people and left over one million injured, according to UN.

Amir-Abdollahian told Alalam News Network on Monday that, during the one-day negotiations in the Austrian capital, Jubeir leveled unfounded accusations against Iran once he failed to reasonably argue over his own country’s demands but saw that the logical stances of the Islamic Republic were being addressed.

The Iranian official said that Jubeir received “a strong, unambiguous response” from Zarif.