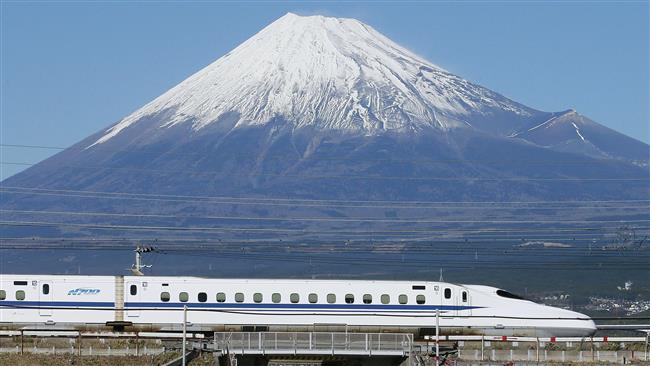 The deputy transportation minister has said that given Japan's experience in launching high-speed trains, Tehran is interested in cooperation with Tokyo.

Iran is interested in the Japanese technology for establishing high-speed rail in order to expand its intercity transportation, a senior official has said.

“A small amount of intercity transportation in Iran is carried out by rail and the government intends to significantly expand it,” Deputy Transportation Minister Valiollah Afkhami-Rad said on Saturday.

“Given Japan’s experience in launching high-speed trains, Tehran is interested in cooperation with Tokyo,” he added.

Japan is known for establishing the first high-speed rail system known as the bullet train or the Shinkansen – an integrated transport system which has been adopted by many countries to connect major cities.

Iran plans to spend $8 billion over the next six years to revamp and expand its railway network, Minister of Industries, Mines and Trade Mohammad Reza Netmatzadeh has said.

Much of Iran’s transportation is road-based characterized by high accident rates and death toll.

Iran is a vast country, with an area of more than 1.6 million square km. Its rail network accounts for less than 11% of the overall transportation, in which 33 million people are carried annually in the country of about 80 million.

Afkhami-Rad said Tehran is seeking to expand cooperation with Japan in other fields, including oil, gas and petrochemical refining, shipping and ports facilities, nano- and bio-technologies as well as steel, mining, tourism and automotive industries.

Japan’s State Minister of Economy, Trade and Industry Daishiro Yamagiwa visited Tehran earlier this month at the head of a delegation representing 21 companies.

The business daily, the Nikkei, said Japan planned to launch talks with Iran toward an investment agreement as Tokyo moves to lift sanctions on Tehran following the conclusion of nuclear talks in July.