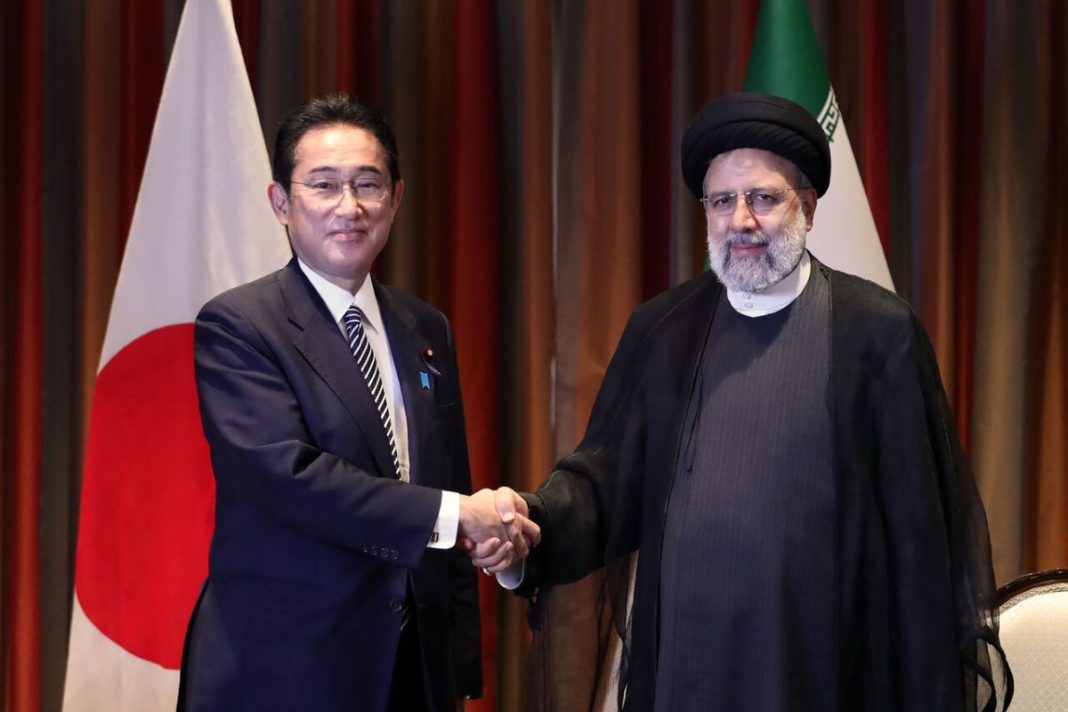 The Iranian president has hailed the long history of relations between Iran and Japan in various fields, saying the already cordial ties can be strengthened.

Ebrahim Raisi made the remarks in a meeting with Japanese Prime Minister Fumio Kishida on Wednesday in New York on the fringes of the 77th annual session of the United Nations General Assembly.

President Raisi stated, “Iran’s economic and commercial relations with many countries in the world are developing. Considering the long history of cooperation between Iran and Japan in many fields, the relations between the two countries can further be strengthened.”

He emphasized on the necessity to come up with innovative methods to cushion the effects of the “unilateral and cruel” US sanctions on the relations between Tehran and Tokyo.

Touching on regional issues, the Iranian president warned against foreign interference in the region and called on foreigners to “leave the problems of the countries in the region to themselves,” in a reference to the West and the US specifically.

The Iranian president also commemorated former Japanese prime minister Shinzo Abe, who was shot dead during a speech in July, praising him for his efforts to boost relations with Iran.

For his part, the Japanese prime minister reiterated Japan’s support for restoration of Iran’s 2015 nuclear agreement with major world powers amid talks to salvage the accord.

Raisi and Kishida pledged to work together toward further strengthening the “long-standing friendship” between the two countries.