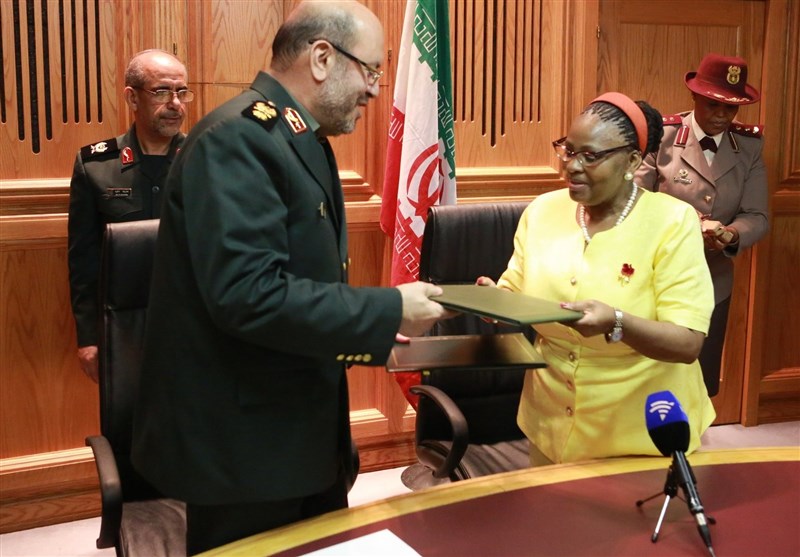 “Given the great potential for cooperation in all fields, particularly their common views on nearly all major regional and international issues, Iran and South Africa can play a more active role in helping to resolve the regional security crises, and in the fight against terrorism and organized crimes,” the Iranian defense minister said at a meeting with his South African counterpart Nosiviwe Noluthando Mapisa-Nqakula, held in South Africa on Tuesday.

He also underlined that closer interaction between friendly countries will contribute to settlement of the conflicts and help the states ensure security and welfare for their people.

For her part, the South African minister of defense and military veterans expressed gratitude to Iran for its supports for South Africa in the hard times of apartheid.

She also noted that implementation of a newly-signed memorandum of understanding (MoU) in the military field will create a big rise in bilateral relations.

Earlier in the day, the two ministers signed an MoU on the expansion of military and defensive cooperation, which entails programs to ensure regional and international peace, stability and security, as well as efforts for decisive fight against terrorism.

The document will also promote mutual cooperation on maritime security, training courses, and exchange of experience in the battle against organized crimes.

Heading a military delegation, General Dehqan is in South Africa at the official invitation of his South African counterpart.