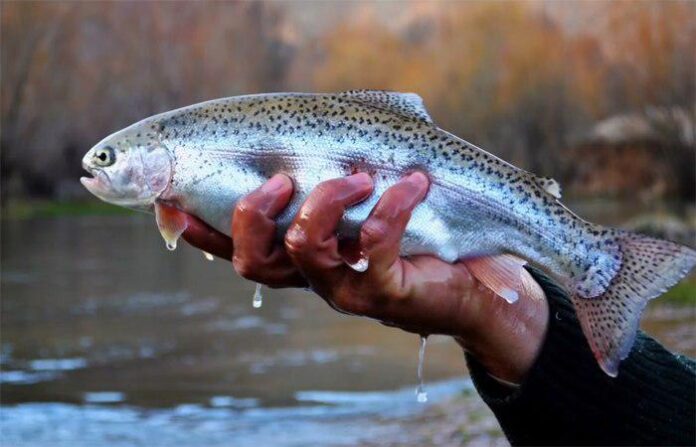 A senior Iranian official says the Islamic Republic aims at exporting 30,000 tonnes of trout to the neighboring countries by the end of the current Iranian year (mid-March 2018).

Head of Iran’s Fisheries Organization Hassan Salehi noted at a Resistance Economy conference in the city of Rasht in northern Iran that 10,000 tonnes of trout were exported to neighboring countries last year.

Speaking with a group of fish farmers, in particular those investing in cage fish farming, he said due to the existence of a competitive market, the produced trout should weigh more than one and a half to two kilos in order to be considered an export.

Referring to the efforts made to promote the fish farming method in cages, Salehi added, “Currently, there are more than 500 active cages with a capacity of producing 25 thousand tonnes of trout annually in the country, which will reach to more than 30 thousand tonnes in the near future.”

“During the first four months of the year, we had more than $412 million worth of aquaculture exports, which shows a 60% increase this year. Moreover, we saw a 30% drop in imports of fish species compared to the last year,” he added, according to a Farsi report by IRNA.

Salehi went on to say that last year in Gomishan County of northeastern Golestan Province, more than 10,000 tonnes of shrimp was produced using Caspian Sea water, and it will reach 15,000 this year.

Director General of Fisheries Department of Gilan Province Es’haq Sha’bani also noted in this conference that “with the measures taken, now the estimated capacity of the province’s fish production is 3,500 tonnes annually.”

Es’hagh Sha’bani called on the banks to cooperate in providing facilities for cage fish farmers and asked them to make available coastal lands to establish support bases.

Elsewhere in the gathering, it was also announced that an annual environmental permit to produce 12,800 tonnes of cage fish has been issued in the province of Gilan, and it would be announced shortly.