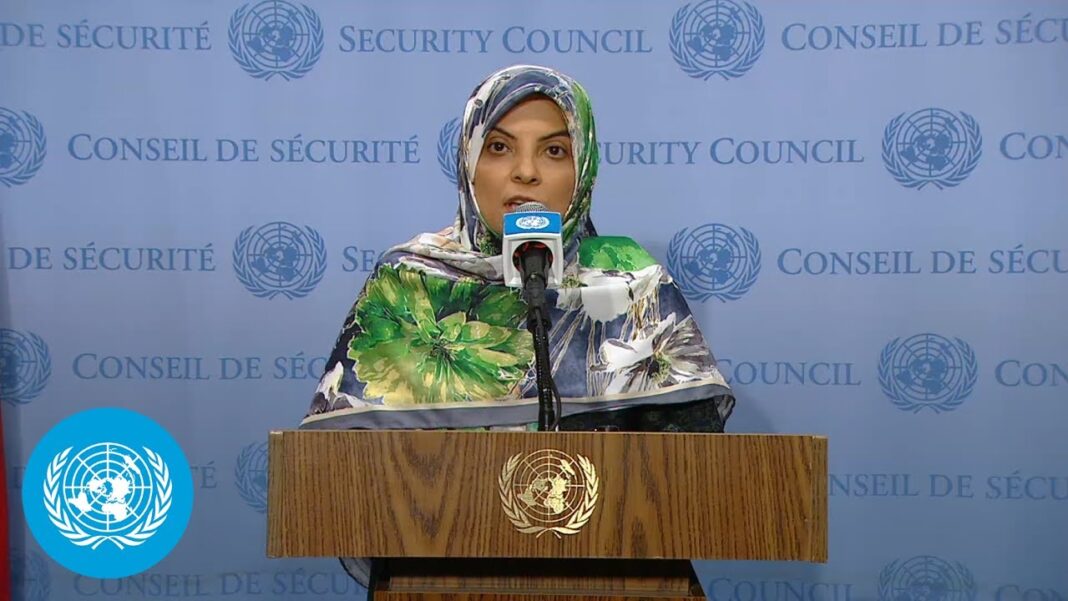 The Ambassador and Deputy Permanent representative of Iran to the United Nations has strongly slammed a draft human rights resolution against Tehran as “biased and non-constructive”. Zahra Ershadi has stressed it unmasks the deliberate hostile policy of incitement to Iranophobia.

The following is the statement by the Tehran’s ambassador, concerning the draft resolution, “The Situation of Human Rights in the Islamic Republic of Iran”, that she delivered before the Third Committee of the UN General Assembly (UNGA) in New York on November 17, 2021.

I am delivering the statement with regards to draft resolution L.28 on the [so-called] situation of human rights in the Islamic Republic of Iran.

The biased and non-constructive draft resolution, on which the third committee is about to take action, is an insincere and indefensible political move. Replete with factual errors, the draft resolution marks selective and politicized distortion of the realities on the ground and unmasks the deliberate hostile policy of incitement to Iranophobia. Like any other country-specific resolutions under this agenda item, Iran has clearly rejected this draft resolution since it was first introduced.

An examination of the list of the draft resolution’s main sponsors – namely Canada, the United States, the child-killer Israeli regime and certain Western countries – exposes the fact that the main proponents of racism, occupation, and those behind the abhorrent murder of indigenous peoples have come together to lecture others on human rights.

The West may choose silence over Canada’s horrendous crimes, but history will never forget that in the so-called land of the free, thousands of indigenous children were sexually abused, killed and dumped in mass graves.

The United States has also earned its place in the history books, as systematic attacks on people of African descent, Muslims and Asian Americans continue with no end in sight. The US police have even taken a step forward and strangle African Americans in broad daylight.

In an attempt to whitewash its vicious campaign of genocide, Canada has colluded with the Special Rapporteur on the [so-called] Situation of Human rights in the Islamic Republic of Iran and invited him to a session in order to support its baseless allegations and lobby against my Country. It reminds us of a famous Iranian proverb about fox’s trickery, which says: They asked the fox who is your witness? He said, my tail. The proverb applies to one who brings his own dependents as evidence to testify in his favor. FACT, a culprit cannot call a complicit as a witness to the court.

The majority of Member States have repeatedly rejected the manipulation of human rights for political objectives, and have insisted on the imperative of the promotion and protection of human rights in all countries through constructive dialogue, engagement and cooperation. Unfortunately, in many cases these principles are not upheld, and these important mechanisms have mostly failed to fulfill their duties.

Iran has repeatedly called for engaging in a respectful and equitable dialogue so as to grasp inescapable facts on the ground. Our endeavors have unfortunately fallen on deaf ears because the cosponsors seem to be rather more interested in scoring political points by instrumentalization of human rights. In addition, the Iranian Government has made all efforts and taken necessary measures to further promote and protect human rights. My Government is also fulfilling its obligations within the framework of the UN human rights mechanisms, including the Universal Periodic Review. Iran has always shown its determination and willingness to contribute to promotion and protection of human rights, and remain committed to cooperating with Member States as well as UN human rights mechanisms. We will continue to do so despite all the malevolence.

In light of the foregoing, it is needless to reiterate the fact that the draft resolution on Iran has nothing to do with human rights. I would like to therefore ask for a recorded vote on draft resolution L.28, in the sincere hope that representatives here today will choose the right path by saying no to it. It is time to express our strong objection to the soi-disant human rights champions who are hell-bent on fettering other sovereign States through tampering, subterfuge, fraud and misinformation.