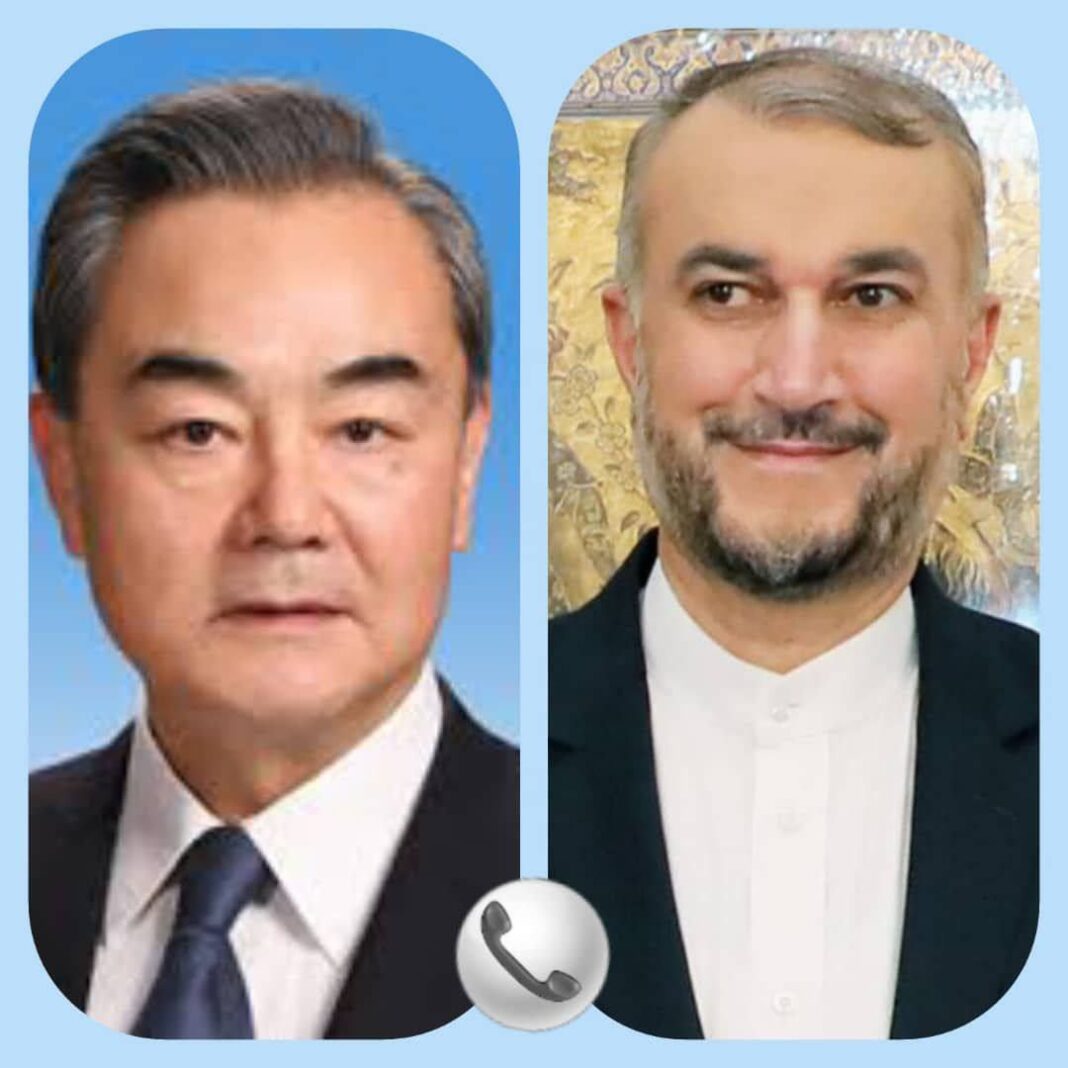 Iranian Foreign Minister Hossein Amir Abdollahian says the western sides in the nuclear talks in Vienna should make serious and effective decisions on removal of anti-Iran sanctions for an agreement to emerge.

Amir Abdollahian says they should also show a meaningful departure from the failed policies of the previous US administration.

“This will be possible through elimination of all sanctions that go against the Joint Comprehensive Plan of Action and serious measures to provide relevant guarantees,” he says.

The foreign minister made the comments in a phone call with his Chinese counterpart Want Yi, which partially focused on the Vienna talks on the 2015 nuclear deal, scheduled to resume Tuesday.

Iran and the P4+1 group of countries, China, Russia, France, Britain and Germany, have been engaged in intensive talks in Vienna aimed at lifting the anti-Tehran sanctions, the revival of the the Iran nuclear deal and a possible return of the US to the agreement.

Almost all parties involved in the talks say they are progressing and an agreement may be within the reach. But Iran has stressed that removal of sanctions in a verifiable manner is a must before any agreement can be reached.

The Chinese foreign minister, for his part, described the US’s unilateral withdrawal from the JCPOA as damaging and a violation of Iran’s legitimate rights.

“Cooperation and consultations during the process of the Vienna negations and tabling logical demands and improved proposals by the Iranian side are supported by China,” he stressed.

Wang Yi said Beijing is ready for all-out expansion and deepening of bilateral relations and closer cooperation between the two countries.