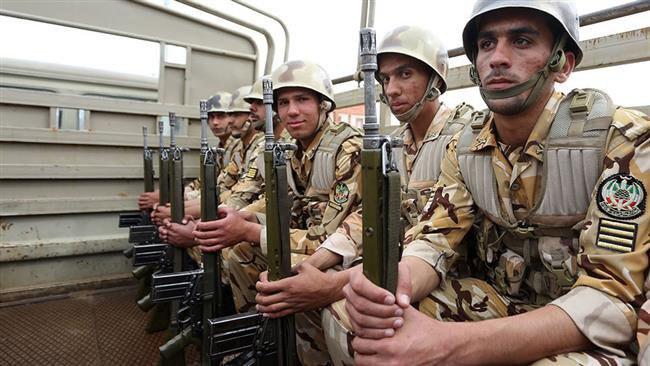 An Iranian conscript has opened fire on fellow soldiers in a military base south of Tehran, killing four and wounding eight people.

The Iranian Army’s Air Force said in a statement on Sunday that a military officer was among the wounded in the incident, which took place earlier in the day in Kahrizak training field, located about 10 kilometers southeast of Tehran.

It said all other casualties were conscripts, adding that the soldier who opened fire on fellow conscripts could have been suffering from a psychological disorder. It said the firing could also have come as a result of misfiring.

The army said a special investigation team would probe the case and the results would be announced soon. It said all the injured had been moved to hospital for treatment.

Iran relies on hundreds of thousands of conscripts for many of its semi-professional military duties. The soldiers are mostly conscripted by the army, although other branches of the armed forces, including police and prison guard, can also recruit Iranian men who turn 19. The period of the mandatory service is two years.

The shooting on Sunday is the second such rare attack to occur in the Iranian armed forces. Three soldiers were killed last month, when a conscript opened fire on them. Medics said the attacker, who shot himself but survived his injuries, had been suffering from “temporary psychosis.”