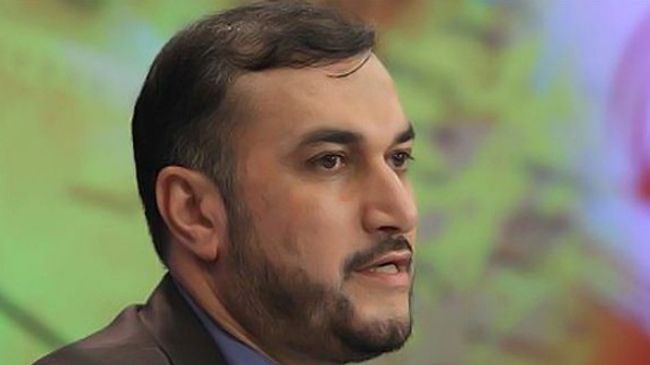 The Persian Gulf states praise Iran’s positive role in countering the ISIL terrorists in the Middle East despite foreign efforts to create rift between Tehran and the regional Arabs, a top Iranian diplomat says.

In a Wednesday interview, Iran’s Deputy Foreign Minister for Arab and African Affairs Hossein Amir-Abdollahian pointed to Iran’s support for Iraq and Syria in their campaign against ISIL and dismissed media allegations about Tehran’s interference in the countries.

The Iranian official added that mutual ties between the Islamic Republic and the Persian Gulf littoral states are based on friendship, cooperation and peaceful coexistence.

“However, some foreign parties may seek to create rift between us and the Persian Gulf littoral states by fueling debates such as Iranophobia,” he added.

At the onset of ISIL advances in Iraq, the Islamic Republic took rapid steps to mobilize popular forces in the country.

Tehran has also refused to join the so-called US coalition against ISIL in Iraq and Syria.

The US-led coalition began targeting positions held by the ISIL terrorists in Iraq in August. The coalition has been also conducting airstrikes against ISIL positions inside Syria, without any authorization from Damascus or a UN mandate.

Analysts believe that the US-led airstrikes have failed to play an effective role in the fight against ISIL and in some cases helped maintain the influence of the militant group.