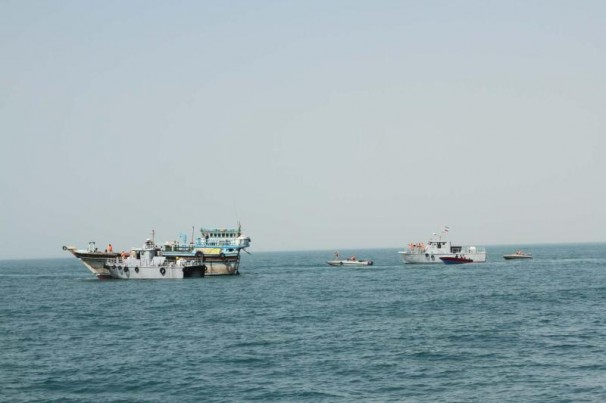 According to a Farsi report by IRIB News, Colonel Rahim Jahanbakhsh, the Commander of Kish Island’s Marine Police, announced that three fishing vessels belonging to Arab countries of Persian Gulf were captured and their crew members were detained for straying into Iran’s territorial waters and fishing rare species.

The traditional boats, known as dhows, had entered Iranian waters near the country’s Kish Island.

Jahanbakhsh noted they had fished rare species of sharks and fish in Iranian waters, while catching such rare species is illegal in Iran, and they should pay a fine of $7,000 to $10,000 for each white shark they fished.

He went on to say that in recent months, Iran has detained 12 dhows in its waters over similar offences.

Here is a Farsi video broadcasted by Iran’s state TV on the arrest of these fishermen: