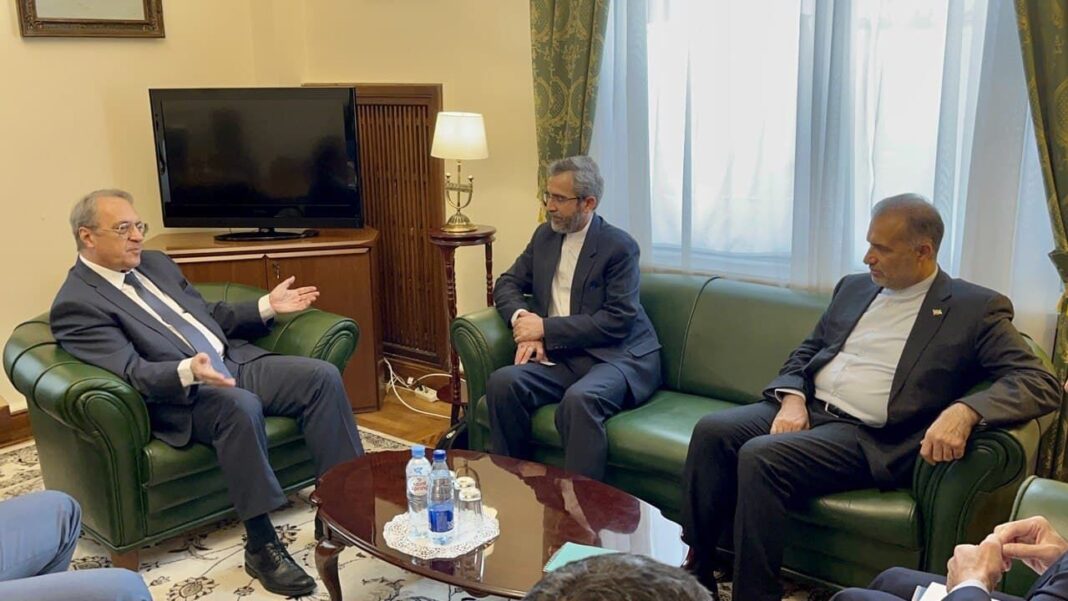 Iranian Deputy Foreign Minister Ali Bagheri has held talks with his Russian counterpart Mikhail Bogdanov in Moscow. The meeting follows his visit to Brussels where he sat down with Enrique Mora European Union deputy foreign policy chief discussing the revival of the Iran Nuclear Deal.

The two sides discussed issues of mutual interests, calling for expansion of cooperation and finding ways to open new avenues in order to coordinate on different mutual, regional and international affairs.

Bagheri and his entourage are also scheduled to hold talks with another Russian counterpart Sergei Ryabkov, on new round of talks in Vienna, Austria, in a bid to pave the way for lifting cruel sanctions imposed by the United States on Iran.

Upon his arrival, the Iranian diplomat stated that in accordance with a recent agreement between Iran and the P4+1 group of countries (Britain, France, Russia, China plus Germany), Iranian representatives are scheduled to hold joint meetings with each of the four states; so, the first joint session will be held between Russia and Iran.

He stipulated that the new round of talks will be held merely with the aim of lifting illegal and cruel US sanctions.

The Iranian deputy FM further pointed out to supports made by Russia and China for result-oriented negotiations on revival of the 2015 nuclear deal.

The Iranian official in his first trip as deputy FM to Moscow noted that he would discuss other issues of mutual interests.