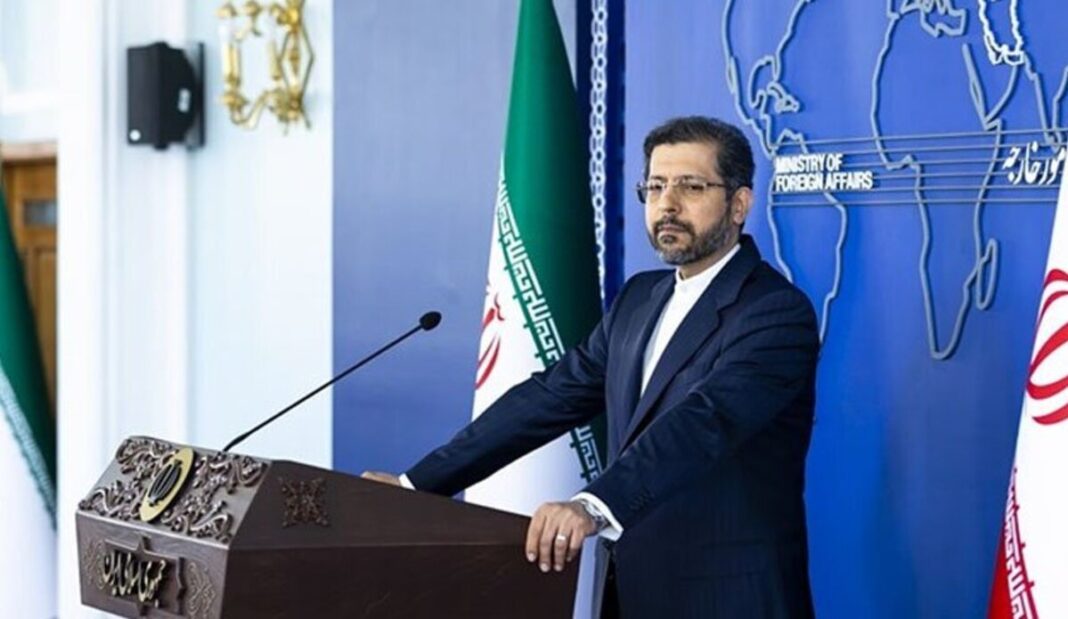 Iran’s foreign ministry spokesman denies claims the Vienna talks over the revival of the Iran nuclear deal have hit an impasse, adding it is possible to reach a deal right now.

Speaking at his weekly news briefing, Saeed Khatibzadeh said the talks are continuing and negotiating teams are engaged in consultations as before.

Khatibzadeh however said the Vienna talks move forward slowly on days when tough issues are on the agenda.

He added that the other sides have reached the  point where they must take political decisions as Iran did so years ago.

“We are awaiting the West’s response to Iran’s initiatives”, Khatibzadeh noted.

In response to the question if a deal is possible by February’s end, he said if Europeans and the US respond to Iran’s initiatives, a deal is made right now.

Khatibzadeh, however, said the US is not trustworthy and Iran wants concrete guarantees so Washington will not be able to make a mockery of international law again.

He said all sanctions that violate the 2015 Iran nuclear deal, JCPOA, and UN Security Council Resolution 2231 must be terminated.

Elsewhere in the news briefing, Khatibzadeh condemned the US move to seize Afghanistan’s frozen assets as inhumane.

He said the US invasion of Afghanistan cost Afghans billions of dollars in losses and destroyed their infrastructure and it’s now plundering their remaining assets under a false pretext.

He also spoke about the situation in Ukraine. Khatibzadeh said Iran is concerned about mounting tension between Ukraine and Russia, adding the Eurasian region cannot afford another war.

Khatibzadeh also said the US is causing tension in the region and this shows it has not learned a lesson from its destructive behavior in Afghanistan and the Middle East.

He also criticized the Pentagon spokesman’s claim that the US is concerned about threats from Yemen’s Ansarullah movement. Khatibzadeh said the US is part of the war on Yemen and supplies arms to the Saudi-led coalition, so it cannot pretend to be a well-wisher of the Yemeni people.

Khatibzadeh also referred to the issue of prisoner swap between Iran and the US. He said Iran has made this a priority on humanitarian grounds.

The Foreign Ministry spokesman said it seems the US has tied the prisoner exchange to the Vienna talks and is waiting for the outcome of those negotiations.