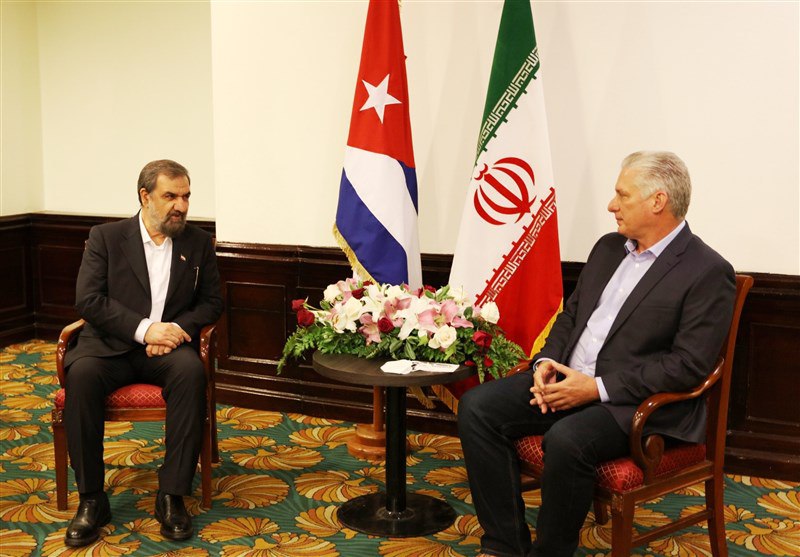 Iran’s vice president for economic affairs has urged closer cooperation with Cuba with the goal of neutralizing the pressure tactics, especially sanctions, that the enemies are using against resilient nations.

In a Tuesday meeting with Cuba’s President Miguel Diaz-Canel, Mohsen Rezaei highlighted the long-running friendship between Iran and Cuba and said it was of paramount importance for the two sides to broaden bilateral ties in various fields.

“We should neutralize the enemies’ sanctions and pressure, [among] all their conspiracies against resilient nations, through the expansion of cooperation,” he said.
Rezaei proposed the formation of a joint trade union meant to facilitate and increase the volume of commercial exchanges between Iran and Latin American states, especially Cuba.

Iran “pays special respect to the Cuban nation and government and their resistance against the excessive demands of the bullying states,” he added.

In turn, the Cuban president hailed the Iranian nation’s cause of resistance against America and other bullying powers of the word.
Diaz-Canel emphasized the need for closer bilateral cooperation and said the joint vaccine produced by the two states was a great success in the fight against the plots of common enemies.

He also voiced support for Iran’s right to use nuclear energy for peaceful purposes.

The Cuban president also urged the banking sectors of the two countries to enhance trade and other exchanges, which have been slowed down by US sanctions.