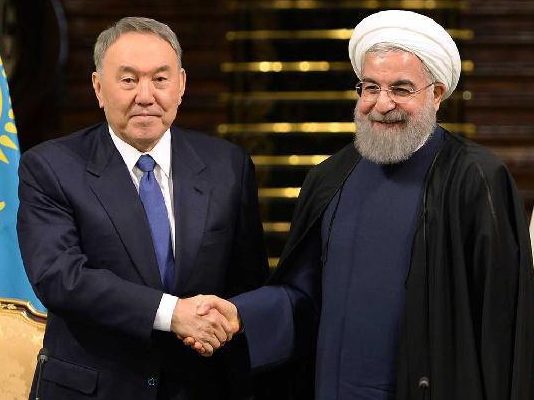 Iranian President Hassan Rouhani has offered congratulations to his Kazakh counterpart on the anniversary of the Central Asian state’s Independence Day.

In a Sunday message to Kazakh President Nursultan Nazarbayev, Rouhani sincerely felicitated his counterpart and the Kazakh nation on the 26th anniversary of the country’s independence from the Soviet Union.

“Fortunately, in the past years, our relations have grown and deepened in line with our common interests,” Rouhani noted, according to the president’s official website.

“The Islamic Republic of Iran views Kazakhstan as a reliable neighbour and partner and is prepared to consult and cooperate with Astana for consolidating regional stability, security and solidarity.”

“I am confident that, based on the valuable experiences of the past, bilateral relations between the two countries will continue to deepen,” he added.

The Iranian president also wished health and success for Nazarbayev and prosperity and well-being for the brotherly and friendly nation of Kazakhstan.

On December 16, 1991, the Supreme Soviet passed the Constitutional Independence Law of Republic of Kazakhstan. Despite the swift collapse of the USSR, Kazakhstan was the last to declare its independence.

The Independence Day is annually celebrated for 2 days on December 16 and 17. It is marked by festivities in the presidential palace and many Kazakhs dress up in traditional clothes. Yurts (traditional tents) are set up in many villages where local delicacies are served.