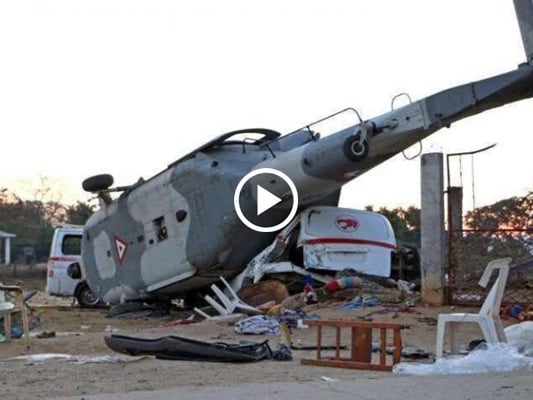 Iran’s foreign ministry has offered its sympathies to the Mexican people and government over a strong earthquake and the crash of a helicopter which was on a mission to help quake-stricken people.

In a Saturday statement, Iranian Foreign Ministry Spokesman Bahram Qassemi expressed regret over the magnitude-7.2 earthquake in Mexico’s Oaxaca state and also the tragic flipping of a chopper which was on a relief mission, and sympathised with the Mexican government and nation, especially those affected by the incidents.

A 7.2 magnitude earthquake and a magnitude 5.8 aftershock — both with epicentres in Oaxaca state — struck Mexico Friday. No deaths have been reported in the earthquake itself.

Twelve people died at the site of the crash in Santiago Jamiltepec, while another person died in the hospital. Three of the dead were children, the officials said. Fifteen others were also injured.

Mexican Interior Minister Alfonso Navarrete Prida and Oaxaca’s governor, Alejandro Murat, were flying near the quake’s epicentre to evaluate damage when the helicopter crashed. Both men survived and only suffered “slight concussions,” the Interior Ministry tweeted.