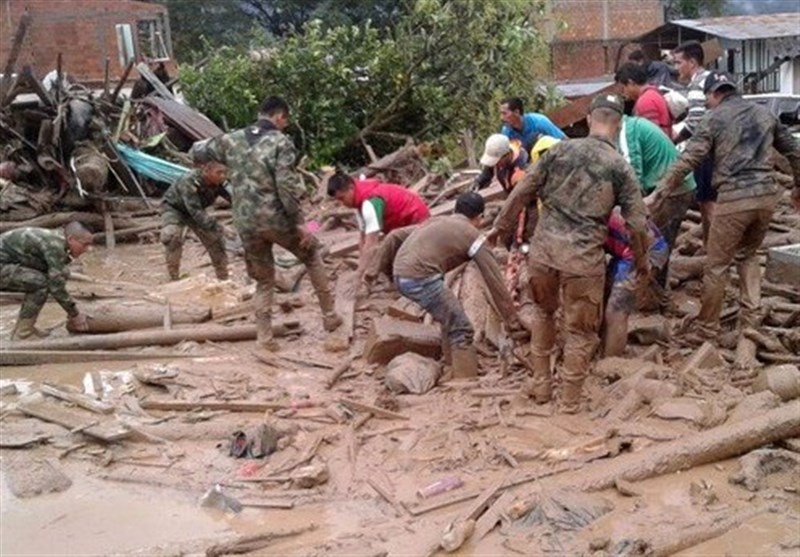 Iran’s Foreign Ministry spokesman expressed condolences to the governments of Colombia and Indonesia over deaths in landslides in the Latin American and the Southeast Asian nations.

In his message, Bahram Qassemi offered Iran’s sympathy for the loss of hundreds of Colombian and Indonesian people in the natural disasters.

In Colombia, families and rescuers are searching through mud-plastered rubble for victims of flooding and landslides that have killed 254 people, injured hundreds and devastated entire neighborhoods.

Several rivers burst their banks near Colombia’s southwestern city of Mocoa in the early hours of Saturday, sending water, mud and debris crashing down streets and into houses as people slept.

Elsewhere in Southeast Asia, Indonesian rescuers have found one body and continued to look for 28 other people feared to be buried after a landslide triggered by heavy rain on Java island.