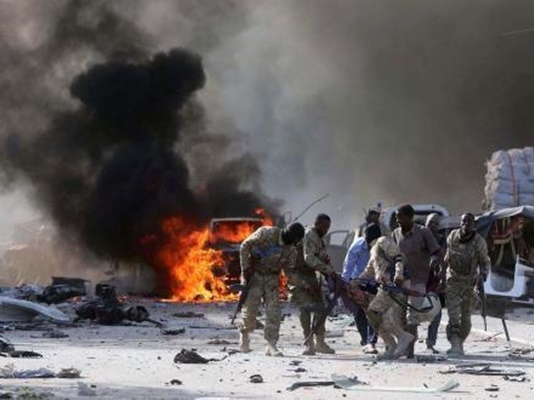 Iranian foreign ministry spokesman has denounced a deadly blast in the Somalian capital of Mogadishu, which has killed and wounded dozens of innocent people.

In his Sunday statement, Foreign Ministry Spokesman Bahram Qassemi also expressed sympathy with the Somalian nation and the relatives of the tragic attack’s victims.

The death toll from the most powerful bomb blast witnessed outside the Safari Hotel in Somalia’s capital Mogadishu has risen to 189 with more than 200 injured.

It is the single deadliest attack ever in the Horn of Africa nation.

Police said a truck bomb exploded outside the Safari Hotel at the K5 intersection, which is lined with government offices, restaurants and kiosks, flattening buildings and setting vehicles on fire. A separate blast struck the Medina district two hours later.

More than 200 were injured in the explosion outside of the hotel and hospitals are struggling to cope with the high number of casualties.

Officials feared the death toll would continue to climb.

Many victims died at hospitals from their wounds, Police Captain Mohamed Hussein said.