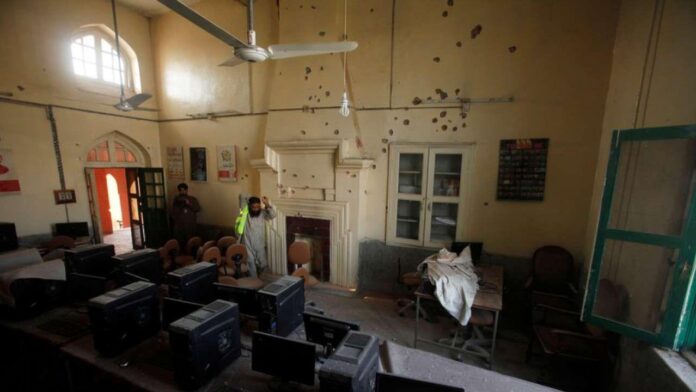 In a Saturday statement, the spokesman expressed sympathy with the Pakistani government, nation and the families of the victims of Peshawar terrorist attack and said, “Terrorist groups never hesitate even for a moment to resort to any heinous measure to first express themselves and then to achieve their nasty goals.”

“To this end, the terrorists pay respect neither to sacred places like mosques and other religious centres nor to the scientific centres,” he said.

Qassemi said to reach their dirty goals and intensions the terrorist groups are even ready to kill innocent people including women and children in the public and religious centres and students in universities and their hostels.

“Amid such situation, the only key to nations’ success and victory is remaining vigilant and preserving their unity against the measures and policies of any terrorist groups and their sponsors,” Qassemi added.

He also said in parallel with the serious fight underway against the terrorist groups, the students and researchers can launch cultural projects and play a key role, as the promoters of public awareness across the world, in unveiling the deep roots as well as sponsors and producers of the dangerous and anti-human phenomenon of terrorism.

At least nine people were killed and more than 30 others injured after terrorists attacked the student hostel inside the Directorate of Agriculture Extension on University Road, Peshawar, early Friday morning. The security forces later managed to kill all the terrorists after a gunfight which lasted over an hour.