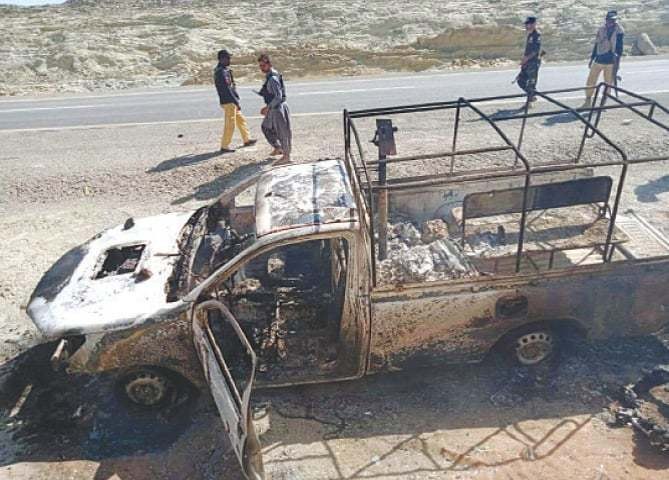 Iranian Foreign Ministry Spokesman Saeed Khatibzadeh has denounced the terrorist attacks carried out against Pakistani military forces in the past two days in the country’s Ormara and North Waziristan districts.

In a statement on Friday, Khatibzadeh also offered sympathy to the Pakistani nation and government.

The spokesman said all forms of terrorism are rejected, and that all regional countries must participate in the continuous fight against the perpetrators, organizers, supporters, and sponsors of such terrorist attacks.

Fourteen security men — seven personnel of the Frontier Corps and as many civilian guards employed by the OGDCL — were martyred in an armed attack on their convoy on the Coastal Highway in the Ormara area of Gwadar district on Thursday.

Six troops, including a Pakistan Army captain, were martyred and one suffered injuries when two improvised explosive devices (IEDs) struck their vehicles in North Waziristan tribal district on Wednesday evening.

The ISPR on Thursday also confirmed the martyrdom of six security personnel, including an Army captain, and injuries to one in the Wednesday’s North Waziristan attack.

The military’s media wing said in a brief statement that a convoy of security forces was attacked with improvised explosive devices near Razmak which resulted in the martyrdom of a captain and five soldiers.