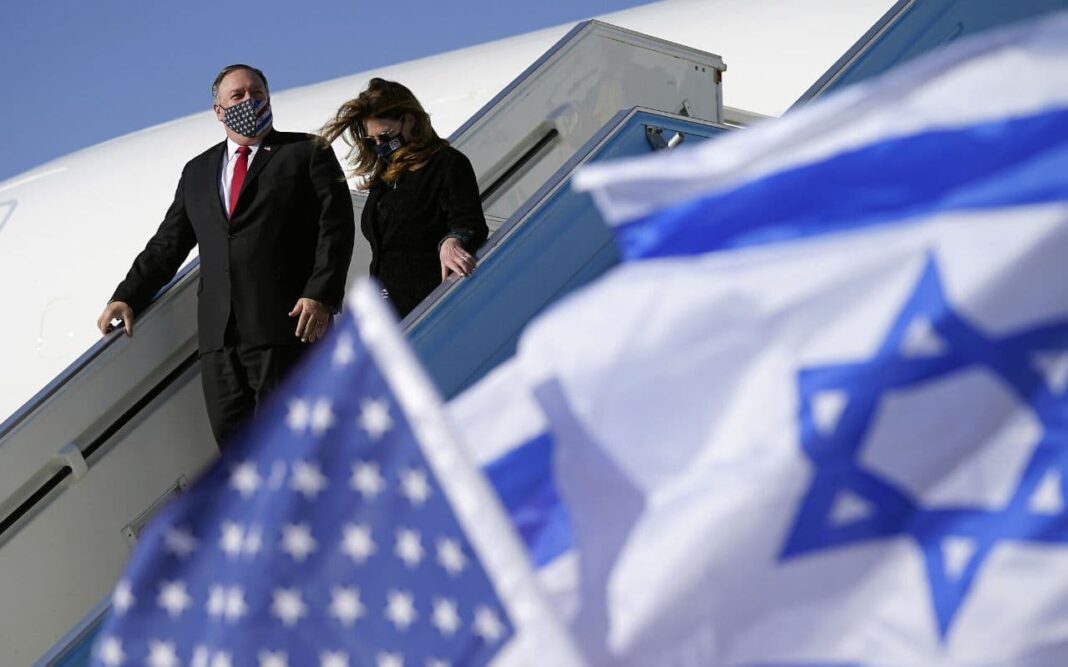 Iran has categorically condemned a visit to an illegal Israeli settlement in occupied Palestinian territories by US Secretary of State Mike Pompeo.

“The trip to [an Israeli settlement in] occupied Palestinian territories by the US regime’s secretary of state is a bitter issue,” he said.

“If it weren’t for the treason of the rulers of a handful of Arab countries, the US diplomat would not have been emboldened to blatantly travel to occupied Palestine and breach UN Security Council resolutions, and would not have disobediently approved of Israel’s anti-human rights moves,” the spokesman noted.

He said the treason of certain regional Arab states and White House rulers’ shamelessness are two sides of the same coin.

The spokesman noted those who have set the stage for the US to act so blatantly should be taken to task for what they have done.

Khatibzadeh urged the few regional countries which have signed normalization agreements with Tel Aviv to “return to regional cooperation”.

The spokesman also called on the Muslim world to remain committed to the cause of Palestine.