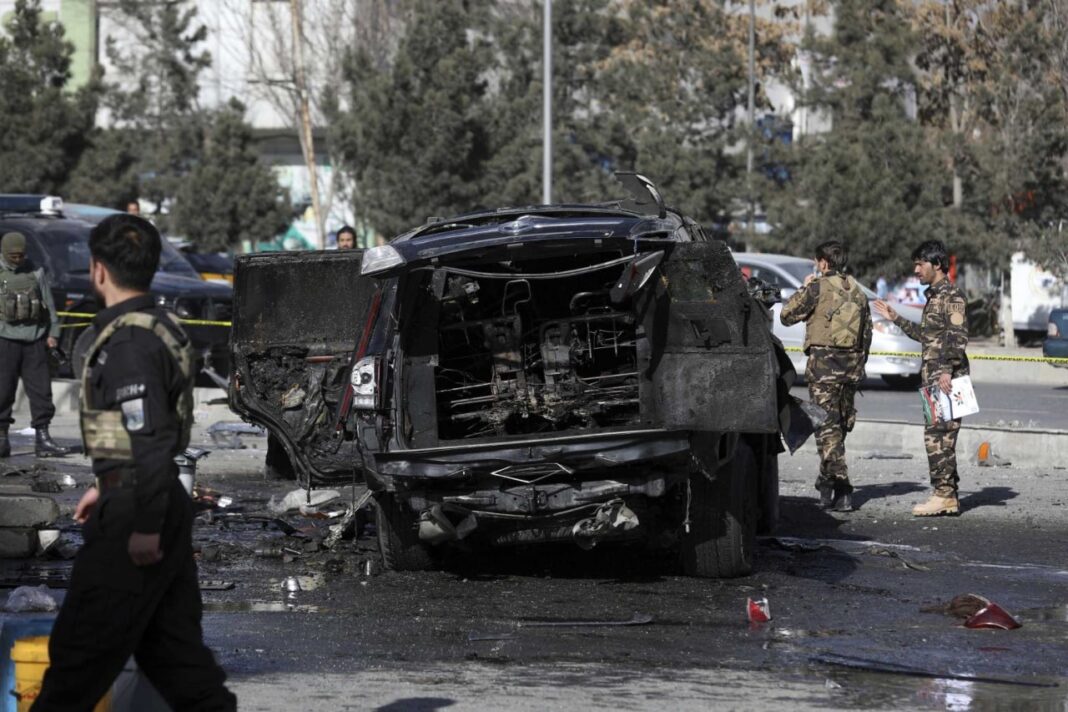 In a statement, Khatibzadeh offered condolences to the Afghan nation and government over the incident.

He also called on all forces interested in the fate and future of Afghanistan not to allow violence to grow and prevent ordinary people from falling victim to this wave of organized violence.

No one immediately claimed responsibility for the blasts, which were all caused by so-called sticky bombs, explosive devices attached to vehicles that are remotely detonated or set off by timers.

The largest of the attacks struck a police car in a western Kabul neighbourhood; the force of the blast was so strong that the car flipped upside down, killing the city’s District 5 police chief, Mohammadzai Kochi, and his bodyguard. The driver of the car was wounded, according to two Afghan officials who spoke on condition of anonymity because they were not authorized to talk to the media.

Kabul police spokesman Ferdaws Faramarz said an hour before that blast, two other sticky bomb explosions took place. One of them, about 500 metres away from where the police car was targeted, wounded four civilians. There were no casualties in the other blast, which took place elsewhere in Kabul.

Afghanistan has seen a nationwide spike in bombings, targeted killings, and violence on the battlefield as peace negotiations in Qatar between the Taliban and the Afghan government have stalled.