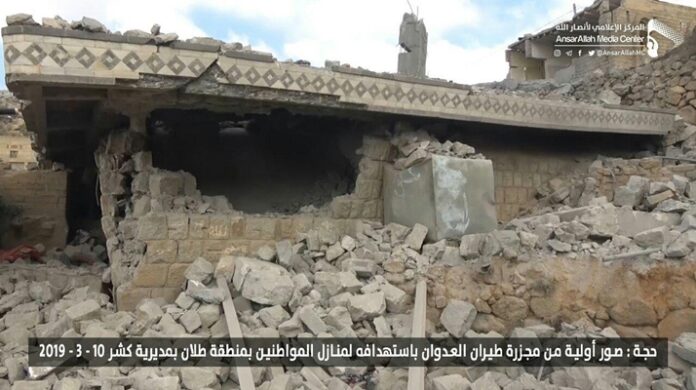 In a Monday statement, Bahram Qassemi denounced the air raid as “barbaric” and expressed regret over international organizations and human rights circles’ remaining tight-lipped in the face of inhumane war crimes committed by the aggressors against Yemen.

After suffering famine and the consequences of the human catastrophe created in Yemen for years, the innocent and defenceless Yemeni women and children mercilessly fall victim every day to the weapons donated or sold by some Western countries to the aggressors, Qassemi said.

The voice of these women and children, he added, will not be heard as long as they are alive.

“However, their innocent deaths will go down in history as proof of disgrace for those who falsely claim to be advocates of human rights,” he said.

“These so-called supporters of human rights not only remain silent in the face of killing of women and children in Yemen every day, but are accomplices to these crimes by selling arms to the aggressors,” Qassemi added.