Iran Complains to IAEA about US’ Unlawful Behaviours 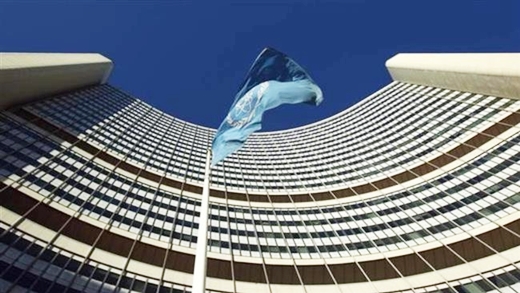 Iran’s Ambassador to the International Atomic Energy Agency has complained to the IAEA about the United States’ violations and unlawful behaviours.

What follows is the full text of Kazem Gharibabadi’s Tuesday letter to Rafael Mariano Grossi, the director general of the International Atomic Energy Agency:

Upon instructions and on behalf of my Government, I would like to bring to your attention the persistent United States’ irresponsible conduct with respect to its multilateral obligations and international law, to hamper international nuclear cooperation for peaceful purposes, which is source of serious concern.

The unlawful actions by the United States in contradiction with the Agency’s Statute and the commitments made in the General Conference (GC) Resolutions, as well as against the nuclear cooperation and activities in accordance with the Joint Comprehensive Plan of Action (JCPOA) and UNSCR 2231 (2015) are not only in violation of the UN Charter, but also could greatly impede the full implementation of the JCPOA.

I would like to recall that as stated in Article II of the IAEA Statute, the objectives of the Agency are “to accelerate and enlarge the contribution of atomic energy to peace, health and prosperity throughout the world”, and one of the statutory functions of the Agency, as stated in Article ITI of the Statute, is to “encourage and assist research on, and development and practical application of atomic energy for peaceful uses throughout the world”. Also, as stipulated in its article IV, which constitutes one of the fundamental objectives and pillars of the NPT, the central role of the Agency is to promote international cooperation in the peaceful uses of nuclear energy for the realization of “the inalienable right of all the parties to the Treaty (NPT) to develop research, production and use of nuclear energy for peaceful purposes without discrimination and in conformity with articles I and II of the Treaty.”

Such rights, Objectives and roles of the IAEA were also highlighted and reaffirmed in the Agency’s annual General Conference (GC) Resolutions; the annual GC Resolution on “Strengthening of the Agency’s Technical Cooperation Activities” requests the Secretariat to “continue to facilitate and to enhance the development of nuclear technology and know-how and its transfer to and among Member States for peaceful uses”, and “encourages Member States to contribute in sharing knowledge and technology in the field of peaceful uses of nuclear energy”;

Furthermore, the annual GC Resolution on “Strengthening the Agency’s Activities related to Nuclear Science, Technology and Applications” recognizes “the importance of assisting Member States interested in uranium production to develop and maintain sustainable activities through appropriate technology, infrastructure and stakeholder involvement and the development of skilled human resources.”

Promotion and protection of peaceful nuclear activities enjoys such an importance that even measures adopted under nuclear security should not hamper it. In this regard, the GC Resolution on “Nuclear Security” “calls upon all States to ensure that measures to strengthen nuclear security do not hamper international cooperation in the field of peaceful nuclear activities, the production, transfer and use of nuclear and other radioactive material, the exchange of nuclear material for peaceful purposes and the promotion of peaceful uses of nuclear energy, and do not undermine the established priorities of the Agency ‘s technical cooperation programme.”

Against this backdrop, on 27 May 2020, the United States announced that it would unilaterally sanction “all remaining JCPOA-originating nuclear projects in Iran — the Arak reactor conversion, the provision of enriched uranium for the Tehran Research Reactor, and the export of Iran’s research reactor fuel.” This action together with the previous malign policies and conducts of the United States against the nuclear cooperation and activities in accordance with the JCPOA and UNSCR 2231 (2015) – in particular designation of the Atomic Energy Organization of Iran and its Head Dr Ali Akbar Salehi (31 January 2020) as well as sanctioning the cooperation and activities between Iran and other countries regarding transfer of enriched uranium out of Iran in exchange for natural uranium and providing the storage for Iran of heavy water (3 May 2019) and also Fordow facility (18 November 2019) is intended to substantially prevent Iran, other participant and the international community from implementing their commitments under the JCPOA.

It is noteworthy that the malign policies of the US are not limited to its recent acts. In fact, the US is accustomed to such internationally abhorred policies. The US actions even Contradict with the Resolution GOV/2015/72 adopted by the Board of Governors on 15 December 2015 which, among others, while “recognizing the long-term nature of the provisions of the JCPOA and their implications for the Agency”, and “being guided by, inter-alia, the affirmation by the United Nations Security Council in its resolution 2231 (2015)” that “conclusion of the JCPOA marks a fundamental shift in its consideration of this issue”, emphasizes “the importance of faithfully honouring the undertakings and commitments under the JCPOA.”

The Security Council resolution 2231 (2015) encourages Member States to cooperate with Iran in the framework of the JCPOA in the field of peaceful uses of nuclear energy and to engage in mutually determined civil nuclear cooperation. According to this resolution, States are authorized to supply, sale, or transfer of items, materials, equipment, goods and technology, and the provision of any related technical assistance, training, financial assistance, investment, brokering or other services, that is directly related to the modification of two cascades at the Fordow facility for stable isotope production; the export of Iran’s enriched uranium in excess of 300 kilograms in return for natural uranium; and the modernization of the Arak reactor. The resolution also endorses that these activities Continue to be in effect even if the provisions of previous resolutions are applied. Moreover, the Supply of a quantity of 19.75% enriched uranium oxide (U3O8) exclusively for the purpose of fabrication in Iran of fuel for the Tehran Research Reactor and enriched uranium targets for the lifetime of the reactor is guaranteed in UNSCR 2231 (2015).

These unlawful actions adversely affect the international civil nuclear cooperation and activities as specified in Annex I and Annex Ill to the JCPOA by technically and practically impeding the full implementation of the by the remaining participants and the rest of international community. These are not necessarily restricted to above-mentioned areas, but also extended to the humanitarian applications of the nuclear science and technology by imposing sanctions on radiopharmaceutical production company (Pars Isotopes Co.) and Iran’s Nuclear Regulatory Authority (INRA), and even intimidating and threatening the Iranian nuclear experts in clear contradiction with the letters and spirit of the IAEA Statutes. Such irresponsible and inhuman behaviour by the US is not only endangering the lives of hundreds of thousands of patients in dire need of those radiopharmaceuticals, but also posing a serious threat to the nuclear scientists, which the US would be held accountable for any event in this regard.

These acts by the United States not only constitute a significant material breach of the Security Council resolution 2231, but also are in clear violation of its obligations under the relevant IAEA instruments. The United States sanctions and policies have also prevented the implementation of relevant nuclear-related provisions of Security Council resolution 2231 (2015) by Member States, including the Islamic Republic of Iran.

While the Islamic Republic of Iran is entitled to take remedial measures, which the Agency will be duly informed at any stage of its development, the United States shall bear full responsibility for the consequences of its wrongful acts. It must immediately remove these restrictions and limitations on the international cooperation on peaceful uses of nuclear energy which are in contradiction to the objective of the Statute of the Agency, principles of the Non-proliferation Treaty and the provisions of the Security Council Resolution 2231 (2015).

The Members of the Agency should uphold their responsibilities and consider and react proportionately to the unlawful conduct of the United States that is endangering international cooperation in the field of nuclear energy and technology.

It is crucial that the United States violations of its relevant obligations and unilateral actions should not have any negative impact on the work of the Agency in pursuing its mandate in the fields of peaceful nuclear uses in accordance with its Statute and other relevant documents. The Director General is requested to duly reflect such violations by the US in his reports on the implementation of the relevant instruments of the Agency.

I would be grateful for the Circulation of this letter as an official document of the IAEA.

Please, accept, Sir, the assurances of my highest consideration.