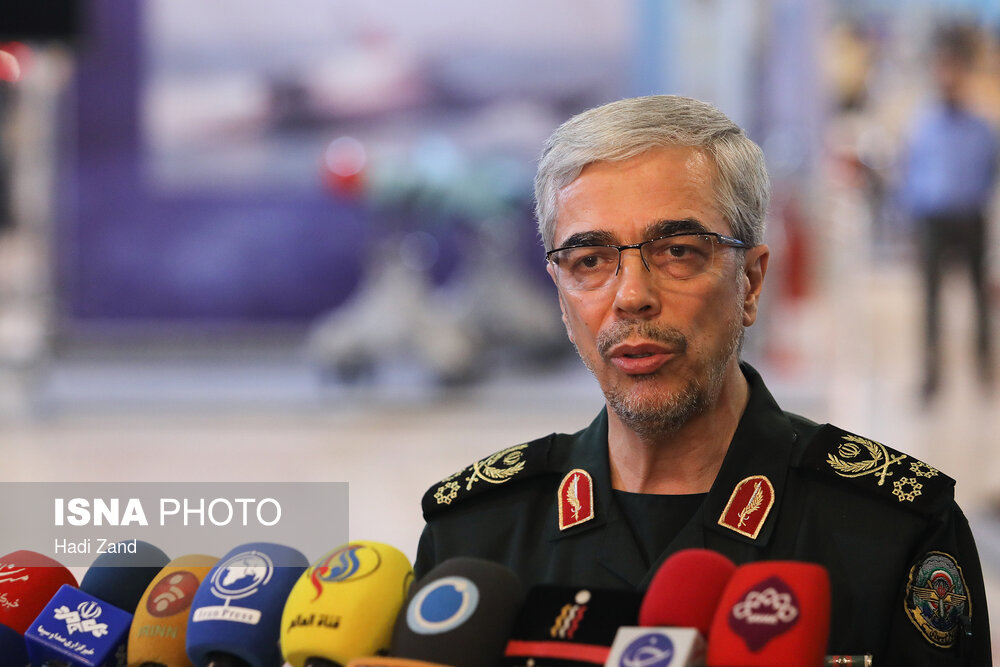 The chief of staff of the Iranian Armed Forces has warned the United States and Israel against any provocative move, adding that hosting their forces in military drills in the region will lead to instability.

Major General Mohammad Bagheri wrote in a message on his Rubika page that the US seeks to make up for its withdrawal from the region, which caused panic among countries depending on Washington, by facilitating Israel’s participation in the United States Central Command (CENTCOM) activities in the region.

He wrote, “This action means, from our point of view, the spying (and even operational) facilities of the US and its allies will be at the disposal of the usurping Zionist regime, and it will increase the threat against our beloved country.”

The top Iranian commander added Iran has expressed its dissatisfaction with the countries hosting the war games through the Islamic Republic’s diplomatic channels and has also shown its military might in different drills.

He said, “We have increased our readiness by expanding our presence and conducting various naval missile and drone exercises.”

Meanwhile, Major General Bagheri called for a stronger regional alliance, saying “Our permanent and friendly advice to neighboring countries is brotherhood and cooperation to establish security in the region by our own resources and not by relying on foreigners.”

Iran says the US and Israel are aware of its military capabilities and any provocative move will be met with Tehran’s crushing response.