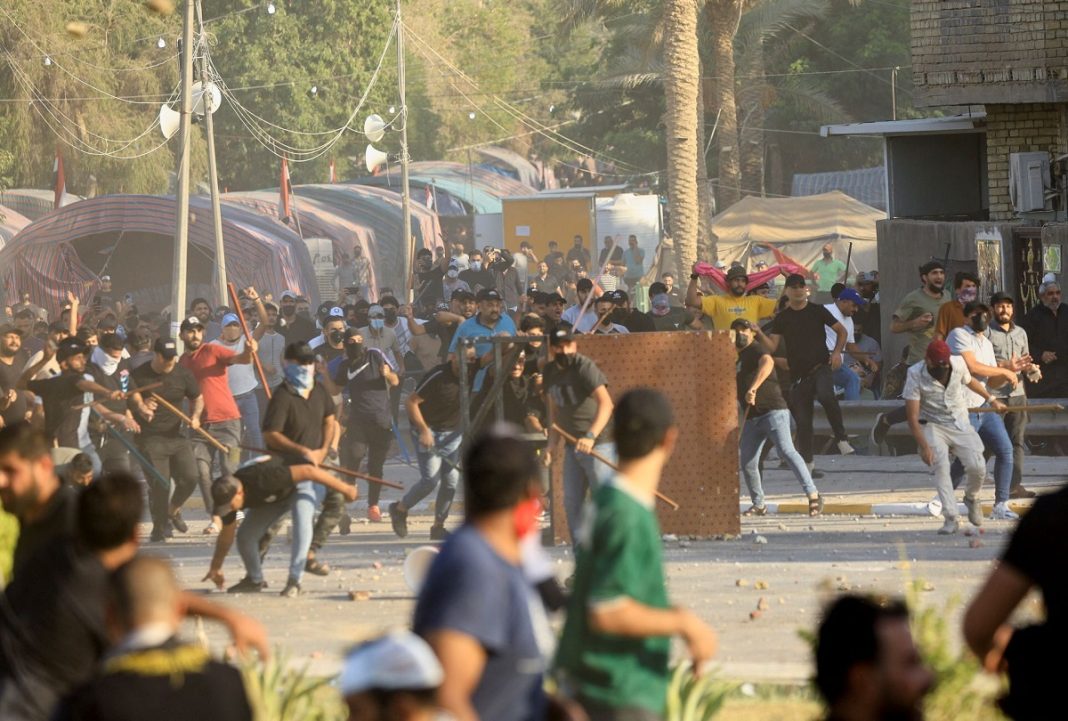 The Iranian deputy interior minister for security affairs and the head of the Arbaeen committee says the border with Iraq has been closed after unrest gripped the Iraqi capital Baghdad.

Majid Mirahmadi called on Iranians to avoid from embarking on the Arabeen walk which marks 40 days after the martyrdom anniversary of Imam Hussein (AS) the third Shia Imam. The event draws millions of Iranian pilgrims to Iraq every year.

“Since the safety of Iranian pilgrims is a priority for us, it is necessary for our fellow citizens to temporarily refrain from traveling to Iraq until further notice,” the Iranian deputy interior minister said.

The recent political crisis in Iraq over a deadlock to form a government blew up on Monday after hundreds of followers of Iraqi cleric Muqtada al-Sadr stormed the government palace in Baghdad and clashed with security forces following Sadr’s resignation on Monday.

At least 20 protesters have been killed and hundreds more injured.

The Iranian Embassy in Baghdad in a statement called on Iranians not to travel to the cities Kadhimiya, Samarra, and Baghdad in Iraq.

“Given the curfew imposed by the respected government of Iraq, all Iranian pilgrims and fellow countrymen, who are present in the holy cities of Karbala, and Najaf, are cordially requested to prevent from traveling to the cities of Baghdad, Kadhimiya and Samarra until further notice,” the Embassy said on Monday evening.