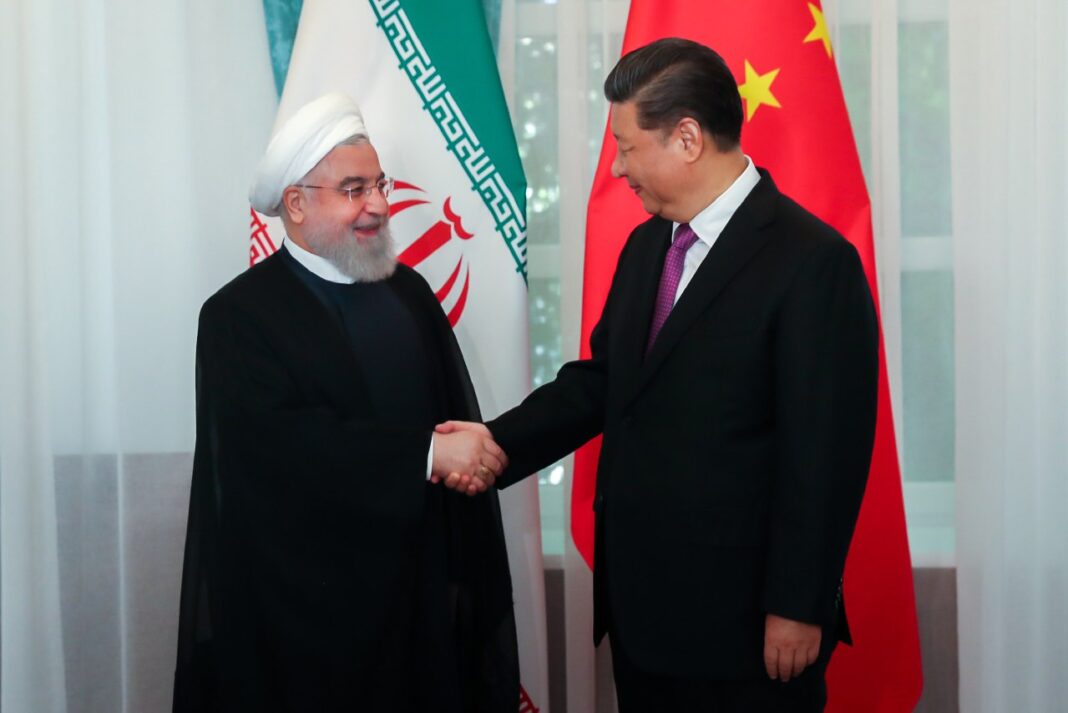 Iranian President Hassan Rouhani and his Chinese counterpart Xi Jinping have harshly criticized the United States' unilateralism, vowing to expand their cooperation in the face of Trump's policies.

The two sides discussed the issue on Friday in a meeting held on the sidelines of the 19th summit of the Shanghai Cooperation Organization in the Kyrgyz capital Bishkek.

“Iran and China’s resistance against the US unilateralism is in the interest of Asia and the whole world,” Rouhani said.

“The pressure that the US is exerting on Iran, China and other states are aimed at strengthening the US hegemony on Asia and the whole world,” he said.

President Rouhani said the Iranian nation has shown that it won’t give in to the foreign pressure and the pressure makes them more united and resilient.

He underlined that Iran remains committed to its pledges under the Iran nuclear deal, regretting that the US decided to pull out of the deal without any logical reason.

He also touched on the huge capacities of Iran and China to expand their mutual ties and said Iran can play a key role in China’s One Belt, One Road Initiative due to its unique geographical features.

He then expressed satisfaction with the implementation of the current agreements between Iran and China.

“Meanwhile, we are prepared to expand our ties with China in various areas including energy, transportation and industry as well as in more international projects” he said.

Rouhani noted that Tehran feels no restriction in deepening its mutual ties with China. “Iran is ready to expand its ties in political, economic, cultural, tourism and fight against terrorism and welcomes China’s investments in its southern regions and ports.”

For his part, the Chinese president expressed regret that unilateralism has expanded in the world and said the US unilateral withdrawal from the Iran nuclear deal is the main source of regional tensions.

He also called for expansion of mutual ties between Iran and China and said Beijing is ready to increase its relations with Iran in fight against terrorism and organized crimes.

He also welcomed Iran’s active participation in the One Belt, One Road Initiative.

Rouhani is in Bishkek to take part in the 19th summit of the Shanghai Cooperation Organization. The summit brings together leaders from eight member states including China, Russia and India. Iran is participating in the gathering as an observer state.