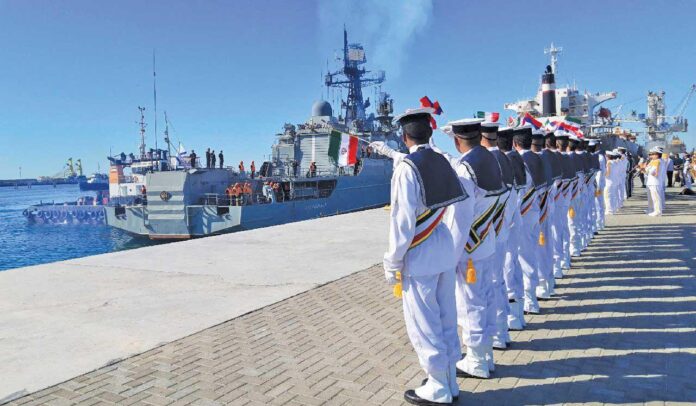 “Our joint military drills in Oman Sea/Indian Ocean with our Russian and Chinese partners make clear our broader commitment to secure vital waterways,” Zarif said in a Friday tweet.

“Iran has long stated its readiness to work with our neighbours to secure Persian Gulf. #HOPE-Hormuz Peace Endeavour-is on table right now,” he added.

The tweet came on the same day that Iran, Russia and China started four days of joint maritime exercise, dubbed as the “Marine Security Belt”, in an area of 17,000 square kilometres.

The drills are held in an area which consists of “various tactical exercises”, such as target practicing and rescuing ships from assault and incidents such as fires.