Iran, China Presidents Rap US for Sanctions amid Corona Spread 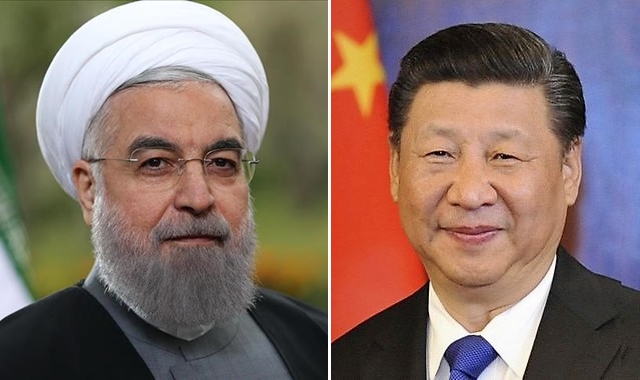 President Rouhani said the world is in a situation where everyone needs help, but some people continue their unlawful and inhumane sanctions.

In a phone conversation with Chinese President Xi Jinping on Monday, Rouhani expressed hope that with the efforts and countering measures of countries like China, people see a world without sanctions.

Rouhani went on to point to the US interfering behaviour, calling such actions a threat to security, peace and stability in the region.

“For Iran, the security of the region and waterways is important, but unfortunately, the risky behaviour of the United States may disrupt the stability of the Persian Gulf region,” he underlined.

In turn, the Chinese president Xi Jinping denounced the continuation of US sanctions and its insistence on maximum pressure against Iran. He stated that unfortunately, some countries are seeking political benefits in these conditions, but China is ready to observe international regulations.

He further thanked the Islamic Republic for its assistance amid the outbreak of the coronavirus in China and announced Beijing’s readiness to continue to help Iran contain the virus.

“The drop in the number of patients and deaths, and at the same time the increase in the number of recovering people in Iran show that the treatment programs have been useful and their implementation has been accurate,” noted the Chinese president.

Referring to the initiative of the Islamic Republic called “Hormuz Peace Endeavour”, the Chinese President said this plan is very useful for the security of the region. He added that the security of the Persian Gulf is essential for the international peace and stability.

In this telephone conversation, the two sides also called the relations between Iran and China strategic and special, saying that all-out bilateral trade ties are promising. Rouhani and Xi also called for further development of relations with the implementation of bilateral agreements and carrying out joint infrastructure projects.

The presidents of Iran and China further expressed sympathy and solidarity over the loss of a number of citizens due to COVID-19 disease and wished success in controlling the pandemic.

In the end, they also touched upon boosting health relations between Tehran and Beijing to confront the coronavirus and exchange of experiences and research achievements.