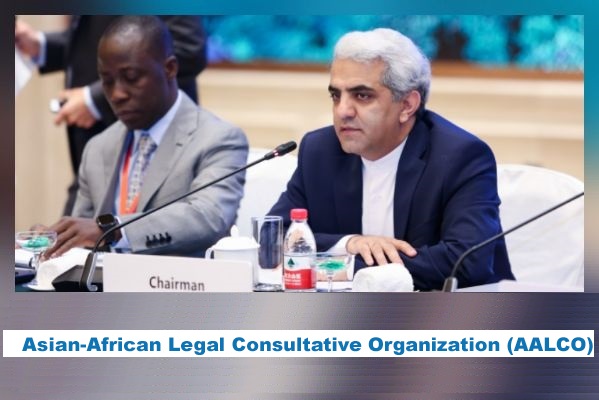 Chaired by the Islamic Republic of Iran, the 4th Working Group Meeting on International Law in Cyberspace of Asian-African Legal Consultative Organization (AALCO) was held in the Chinese city of Hangzhou on September 2-4, 2019.

The main topics on the agenda of the meeting were “Challenging Issues of International law in Cyberspace”, “Peaceful Use of Cyberspace”, and “Online Harmful Content”.

The meeting was chaired by the Iranian Foreign Ministry’s Director-General for Legal and International Affairs, and attended by representatives of the member states and experts on the issue.

During the meeting, the participants discussed the items on the agenda. Also at the suggestion of the Iranian chairperson and after the approval of the members, the AALCO’s secretariat was tasked with drafting a document entitled “Basic Principles of International Law Applicable to Cyberspace”, and sharing it with the member states so that it would be reviewed and ratified in the next AALCO meeting.

The representatives of the AALCO member states and some of the experts attending the meeting elaborated on their views regarding several issues including international cooperation for combating cybercrime, application of the principle of non-interference in cyberspace, and data sovereignty.

The chairperson’s proposal approved and implemented by the Working Group not only promotes the position of the AALCO, but can also have a considerable impact on the developing countries’ role in the process of developing norms and rules for the cyberspace.

Forty-eight countries comprising almost all the major States from Asia and Africa are presently members of the Organization.

The Organization primarily serves as an advisory body to its Member States in the field of international law and as a forum for Asian-African cooperation in legal matters of common concern.