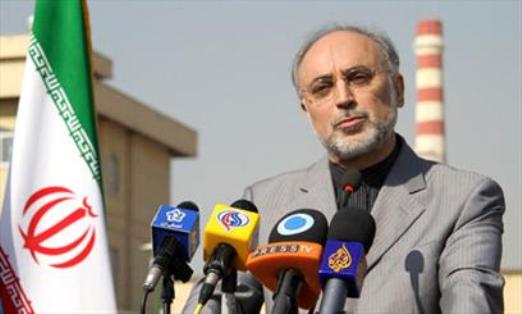 AEOI chief Ali Akbar Salehi says that Iran will be the winner of the nuclear talks with P5+1.

Head of Atomic Energy Organization of Iran (AEOI) Ali Akbar Salehi says that talks with P5+1 will conclude in Tehran’s favor in the near future.

Salehi made the remarks during a speech before Friday prayer sermons at Rudbar-e Qasran District in Tehran’s Fasham region.

“Rest assured that the nuclear issue will resolve in favor of Iran and we will celebrate Tehran’s victory in the near future,” the AEOI chief told worshippers.

Salehi maintained that Iran had shown great resistance and patience in the face of 35 years of pressure, restrictions and sanctions imposed by imperialist powers, and would soon achieve its desired results, Mehr news agency reported.

Failing to reach an agreement by Nov. 24, 2014, Iran and the P5+1 – Russia, China, Britain, the US, France plus Germany – decided to extend their discussions for seven more months. They also agreed that the interim deal they signed in the Swiss city of Geneva last November remain in place during the remainder of the negotiations until July 1, 2015.

At the end of the first round of talks after the seven-month extension on Dec. 15, Iran’s Deputy FM and senior negotiator Seyyed Abbas Araghchi expressed satisfaction with the positive atmosphere during the talks in Geneva.

According to Iran’s FM spokeswoman Marzieh Afkham, the next round of nuclear talks will be held on January 15 at deputy foreign ministerial level in Geneva. There is no plan for other talks ahead of that date, she has clarified.