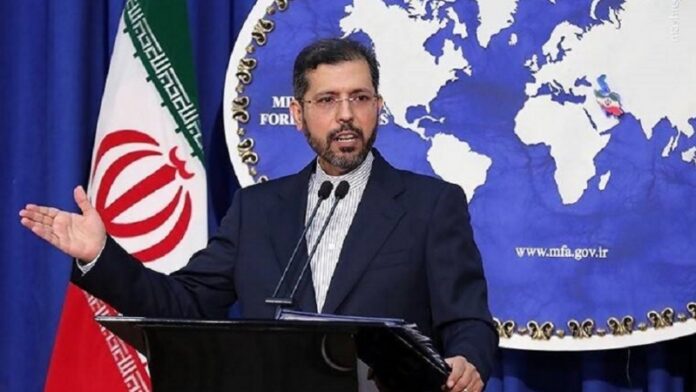 In a Thursday statement, Khatibzadeh said, “Such rehashed, baseless and fabricated accusations and remarks can be assessed as part of the conventional blames games of the White House aimed at eclipsing the dire situation that Trump is in.”

“As it has been announced time and again, attacking diplomatic and residential areas is rejected, and in this particular case, the finger is pointed at the US itself as well as its partners and allies in the region, which seek to escalate tensions and provoke fresh sedition in the region,” he said, denying the allegations made by Trump and the CENTCOM.

“As we have already said, Iran responds to the United States’ terrorism overtly, bravely and at a proportionate level; so, the US regime had better resort to more believable scenarios in order to justify its sedition-provoking moves,” he said.

Khatibzadeh seriously warned the US president and advised him to avoid creating tensions and dangerous adventurism in his last days in office.

“The Islamic Republic of Iran considers the US government responsible for the consequences and repercussions of any unwise move under the current circumstances,” he said.