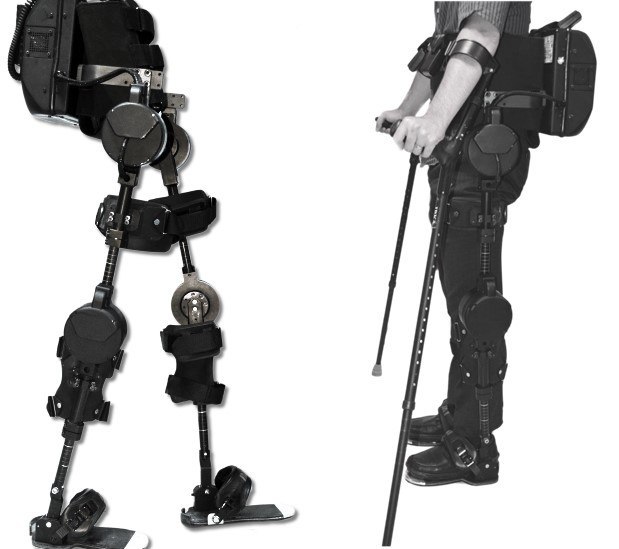 An Iranian knowledge-based company has built an exopad robotic exoskeleton robot for patients with physical disabilities in the lower parts of the body.

The Exopad Exoskeleton, developed by the Iranian firm, is a robot for people who are unable to use the lower limbs. This robot helps the user to walk, sit and get up and can be used as a wheelchair replacement.

Mostafa Havaeji, the CEO of the company, says this robot is offered in two versions, namely clinic and personal.

The clinic version comes with a user holder and a special robot control software. In the clinic version, the user utilizes the device under the supervision of a physician or expert.

In the personal version, the robot comes with a cane, rechargeable batteries and an internal control computer, and the user can use it freely indoors and outdoors.

The Exopad is a robot that is able to support the patient’s weight and transfer it to the ground. This robot is worn on the user’s clothes.

“The Exopad uses four powerful electric motors in the pelvic and knee joints that are able to move the patient’s legs with different movement patterns and different speeds. In this way, the user is able to walk with the help of Exopad without the need for much energy. People with paraplegia, as well as those with muscle weakness or impaired mobility in the lower torso, can use the exoskeleton robot,” added Havaeji.

To use the device, the user must have sufficient ability to control his body with the help of his hands. The clinic version of this product can be used in the laboratories of neuroscience, rehabilitation centres, occupational therapy and technical orthopedics. Research centres can also use this tool.

He also mentioned that the need for this product is not yet well known in the world, and Iran has not had any imports in this field. However, the production of this device in Iran has saved almost 50 million dollars a year, according to the CEO.

Exoskeleton technology is one of the most advanced robotic technologies in the world, which has so far been commercialized by only a few companies in the United States and Japan.