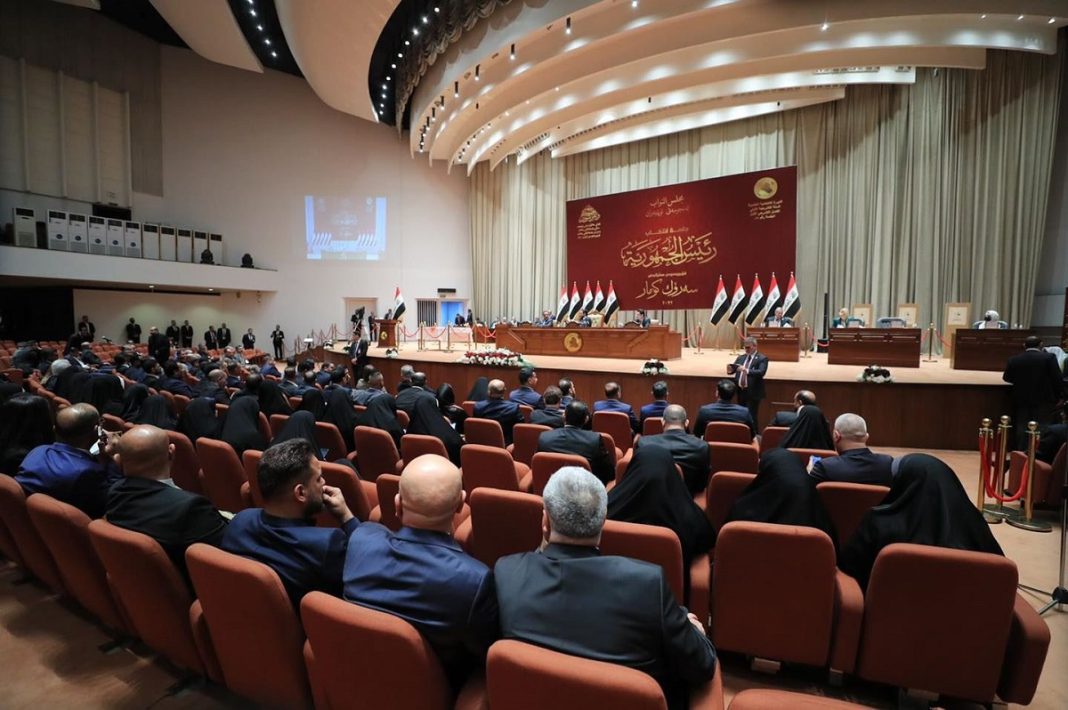 Iran’s ambassador to Baghdad says Tehran backs just any national figure as Iraq’s prime minister, provided that he would be considered a priority by the people of Iraq and would serve the interests of the country.

Mohammad Kazem Ale-Sadegh made the comments in a meeting with Iraqi member of parliament Khaled al-Obaidi from Itihad al-Quwa al-Wataniyah bloc.
The Iranian ambassador said Iraq should be strong, stable and independent and this will help the stability of Iran, the region and the world.

During the meeting, al-Obaidi also underlined that Iraq seeks the best relations with its neighbors, noting that good neighborliness and closer cooperation among neighboring countries boost security and stability.

The two sides also discussed a number of political, economic and security issues during their meeting and talked about the challenges facing both Iran and Iraq.

Eight months after Iraqi Shiite leader Moqtada al-Sadr’s followers took the most seats in the election, Iraq’s political factions have failed to form a new government.

Sadr has recently withdrawn his MPs from the legislature, further deepening the political turmoil.