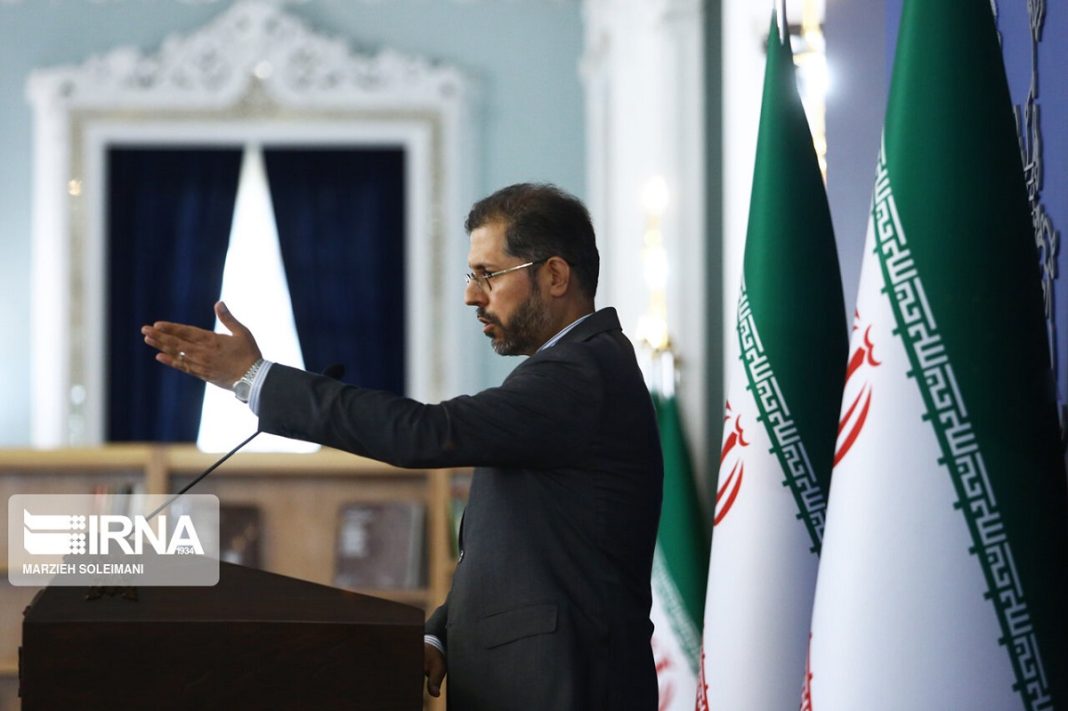 Iranian foreign ministry spokesman has reacted to forced deportation of asylum seekers, including a few Iranians, from Britain to Rwanda. Saeed Khatibzadeh said that the act is a historical shame for London.

Khatibzadeh stated that the move is not only a shame for the British government, but also for all those who have tried very hard to conceal the colonialist background of Britain and present quite a clean face of London.

The Foreign Ministry spokesman added that the ongoing process is the other side of the coin of deception of London, that tries to present an unreal, engineered face of Iran’s realities in a systematic media campaign.

He said that the Persian language opponent media, based in London both present and engineered false image of Iran, and a fabulous false image about the living conditions in Europe, providing the path for the perilous and dangerous exit of some Iranian citizens from their own country.

Khatibzadeh noted that although those few people do unjust against themselves, and as a result against their own country, the government of the Islamic Republic of Iran in the framework of its sovereign responsibilities, emphasizes that those people, under Convention 1951 and its related protocol, have rights that need to be respected and deporting them to a 3rd country is a dangerous method that abolishes the remainder of the international regime to safeguard the asylum seekers.

He reminded the international society that despite the economic hardships with which Iran is entangled, Iran is generously hosting millions of asylum seekers from different countries, including Afghanistan, but the self-proclaimed flag-bearers of human rights cannot tolerate the presence of a few thousands of them, who have been deceived by them themselves, and have tolerated the hardships of homelessness.