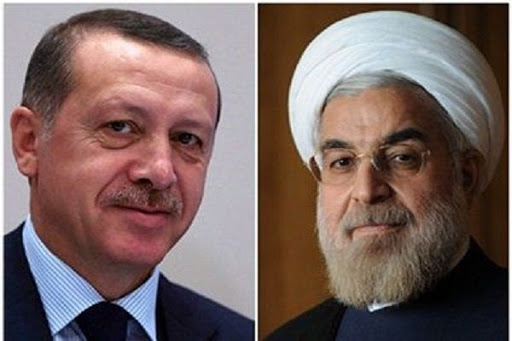 President Hassan Rouhani has highlighted the close political and economic ties with Turkey, saying Tehran has been assured that the Turkish president had no ill intention in reciting a poem with dual meaning that aroused some resentment in Iran.

Speaking to reporters at a press conference on Monday, President Rouhani said his Turkish counterpart is extremely unlikely to have meant any disrespect for Iran’s territorial integrity by reciting a poem during his recent visit to the Republic of Azerbaijan.

“The relations between Iran and Turkey are very significant. We are two neighbours that have political and economic relations, hold talks on the regional issues, and are cooperating in the Astana process. Our ties are very important,” President Rouhani noted.

However, he added, Iran attaches great significance to its territorial integrity and place, as the Iranian people have the right to show sensitivity to a line and express their views.

What is important is that the foreign minister of Turkey called his Iranian counterpart to give an assurance that President Recep Tayyip Erdogan had meant no disrespect, an assertion that was reiterated by the Turkish presidential spokesperson and the Turkish ambassador to Tehran, President Rouhani added.

The president said the meaning of the poem that President Erdogan recited in Baku would be interpreted differently inside and outside Iran.

In his remarks at the same event in Baku, president of Turkey had emphasized the necessity for multilateral cooperation over regional issues and collaboration among Turkey, Iran, Russia, the Republic of Azerbaijan, and Armenia, President Rouhani noted.

One must take account of President Erdogan’s full speech, not the poem alone, Rouhani added.

“Considering the experience of working with Mr. Erdogan over the past seven years, the reciprocal visits and the extensive negotiations that we’ve held, I think it’s extremely unlikely that he had meant disrespect for the Iranian nation or our territorial integrity,” President Rouhani stated.

The Turkish authorities have made it clear that President Erdogan had meant that people of the Republic of Azerbaijan rejoice at the liberation of their territories, President Rouhani added.

Mr. Erdogan quite often recites poems from Hafez, Saadi Shirazi, and Rumi, the Iranian president added, saying the controversy has been resolved after explanation from the Turkish officials.

He further reasserted the right of Iranian people to have an objection, show sensitivity and express their patriotism.

“The sensitivity from our people is extremely important. The whole world must know that we attach significance to every millimeter of our land. Everybody should pay more attention to such sensitivity in Iran and the importance of territorial integrity in their speeches and remarks,” President Rouhani said.