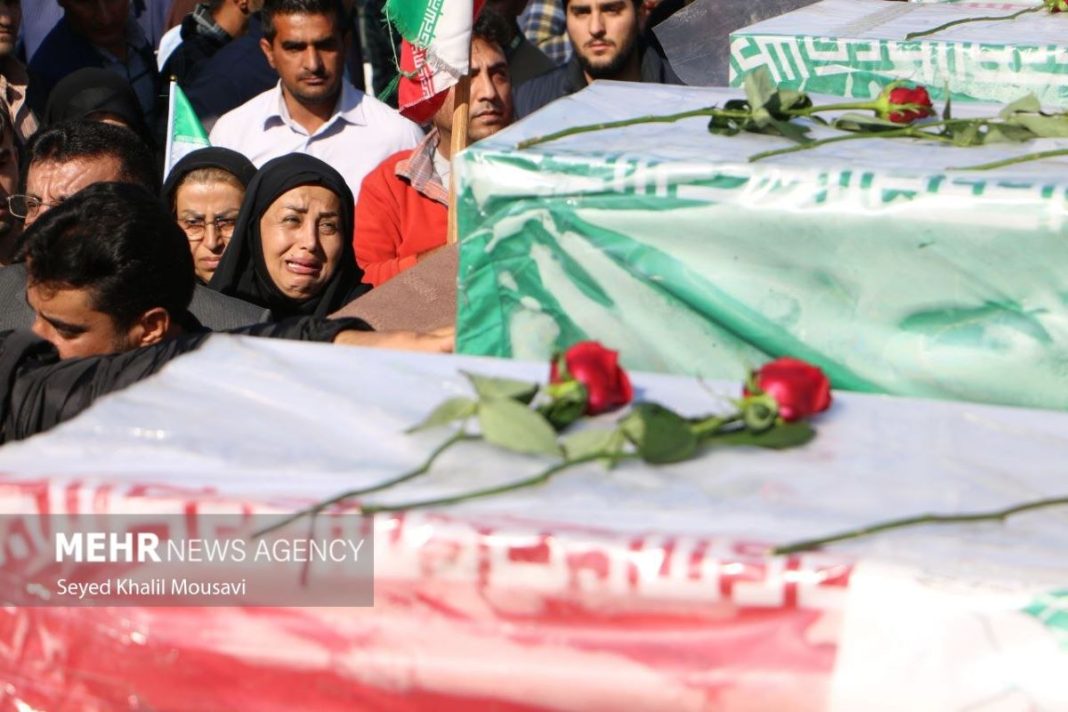 Iranian Vice-President Mohsen Rezaei said that the three major elements of the recent terrorist attack in the city of Izeh in Khuzestan Province have been detained. Security officials in the southwestern province say two gunmen on motorbikes started shooting at people and law enforcement officers in downtown city, killing and injuring several people.

Rezaei confirmed on Friday that three main elements behind the terrorist attack in Izeh were detained while they were escaping from the northwestern Iranian border.

The enemy, through insecurity, is after its impossible dream of making a Syria out of Iran, Rezaei said at the funeral ceremony of the victims of the terrorist attack in Izeh in southwestern Iran

The enemy has turned to creating insecurity when it failed to achieve its goals by imposing illegal sanctions, he added

The VP went on to stress that the terrorists will be found wherever they hide and will be punished.

Elsewhere in the ceremony, Governor General of Khuzestan Province Sadeq Khalilian stated some agents of the Wednesday terrorist attack have been arrested and are under interrogation.

The forces are to identify other elements and organizers of the attack, Khalilian noted.

Iranian First Vice President Mohammad Mokhber also stated the plots hatched by enemies in the recent incidents in the southwestern province of Khuzestan have proven to be a failure.

“The incident that took place in Izeh was a terrorist incident and we hope that its perpetrators will be arrested soon and decisive action will be taken in dealing with them,” Mokhber said in a session on Friday to address the issues of Khuzestan.

He added that people in Khuzestan would never stop their support for the Islamic establishment and this is the main reason behind the enemies’ failure in this province.

According to Mokhber, the Iranian administration is determined to solve the existing problems in Khuzestan and has made good decisions in this regard.

Seven people, including a child and a woman, lost their lives and ten more were wounded after two gunmen started shooting at people in the center of the city located in Khuzestan province on Wednesday.