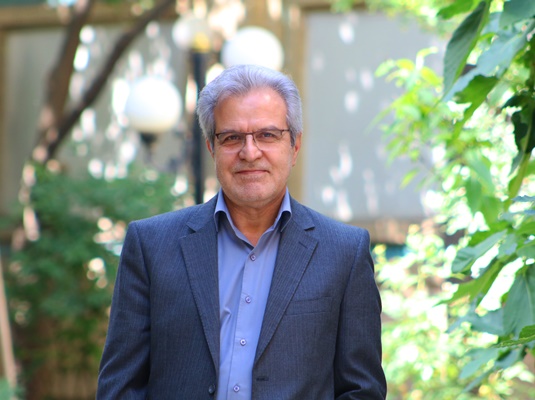 Iran has made considerable progress in the field of laser technology over the past few years.

With nearly five decades of activity in the field of photonics and laser technology, Iran is now among the countries which have a say in that area. An exhibition hosted by the German city of Munich in June each year is perhaps the biggest and most important gathering of experts and authorities in the field of laser technology. This year, Iran is presenting its companies and products at the event for the first time. As Iran marks its first presence in the exhibition, we have conducted an interview with Dr Zabihi, the director of the Laser Committee at the Science and Technology Department of the Presidential Office. The following is the full text of the interview:

To begin with, Zabihi gave us a general explanation on the history of laser in Iran and in the world.

The laser technology does not have a long history in terms of practical applications. One could say laser began to make its presence felt on the world market in 1960. Laser began to be used practically in Iran 30 years ago when optical telecommunications was introduced in the country and optical telecoms networks became operational across the nation. However, lasers used in medicine or industry are not more than a decade old. What is important is that the world has come to realize that the future of technologies in the world will depend on laser and photonics. Photonics is a general word which includes laser as well. However, the reason why these two words usually come together is that today, laser is the centrepiece of photonics. Laser is a beam which does not exist in the nature; rather, it is man-made. Today, laser has such a wide range of applications that almost no technology can do without it.

In what areas is laser used in Iran today?

Like in other countries, laser is used in Iran in different fields. Much research has been conducted in the field of environment and seeding clouds. The laser technology is also used to detect the kind and extent of environmental pollution. Laser is used to spot and repair leaks on pipelines, including urban, industrial and underwater pipelines. Laser is also used in industry for cutting, welding, engraving and many other industrial processes. 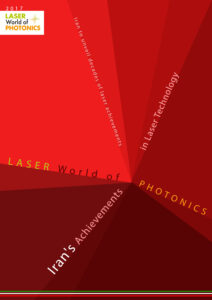 We can say laser technology has resulted in an overhaul in medicine. Today, it is possible to perform difficult operations very quickly and easily, with less side effects for the patient. The laser technology even makes the treatment of diseases such as diabetes much easier.

Our country has taken numerous steps at research centres over the past 40 years, and has achieved many breakthroughs in laser technology which has put us ahead of other regional countries. The development of science-based companies coupled with supporting the laser industry and the private sector is an important issue pursued by the Science and Technology Department of the Presidential Office, which has secured numerous achievements in that field.

The presence of the Iranian delegation at the Munich Exhibition 2017 is very important to us. Apparently it was the first time Iran took part in the exhibition, wasn’t it?

How do you see the prospects of the laser technology and photonics in Iran?

If we want to achieve modern technologies as stipulated in Iran’s Vision 2025 Plan and always be ahead of others, we need the laser technology. There are different types of lasers around the world. What is very important to us today and can meet our needs more than anything else is solid lasers. Based on our projections, we know what kinds of lasers will be much in demand in the country in the future. Iran’s Laser Science and Technology Centre was established ten years ago to help meet the country’s needs in this domain. Among measures adopted has been the incorporation of new disciplines into university curricula and to help develop lasers with different applications.