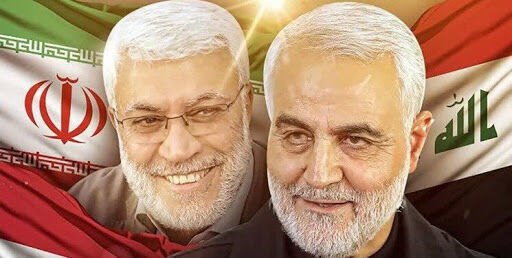 A joint investigating committee formed by the Iranian and Iraqi judiciaries has issued a joint communiqué about the assassination of Iran’s anti-terror icon General Qassem Soleimani and his entourage including Iraqi commander Abu Mahdi al-Muhandis.

The committee convened in Baghdad and released the 5-point communiqué after the first round of their probe into the assassination.

The committee says all possible judicial and legal measures should be taken to prosecute and punish those involved in the assassination of General Soleimani and Abu Mahdi Al-Muhandis and their companions, especially American agents and elements.

According to the communiqué, bilateral cooperation to complete the ongoing judicial investigations by the joint committee must continue and be boosted.

It added that all available capacities must be used to provide and complete the required information based on the “Agreement on Legal and Judicial Cooperation in Criminal Matters” between Iraq and Iran.

The joint investigation committee also says it must keep working in Iran and Iraq to ensure the completion of the information required in the judicial investigation.

The next session of the Joint Committee will be held in Tehran next month.

General Qassemi Soleimani and Abu Mahdi al-Muhandis were killed in a drone strike directly ordered by former US president Donald Trump in January 2020. Following the terrorist attack, Iran launched a salvo of missiles at a US base in northern Iraq in retaliation. Iran said its retaliatory acts would not be limited to the missile strike and it will pursue the matter through legal international channels.